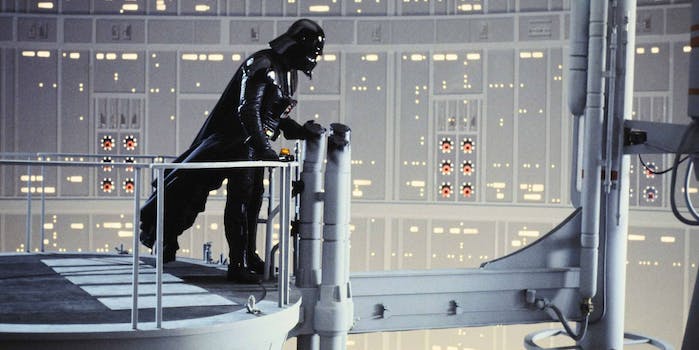 The song's title is perfect.

The song originated from a Twitter exchange last week, when Darnielle jokingly suggested that the new Star Wars movie should have been called “The Ultimate Jedi Who Wastes All the Other Jedi And Eats Their Bones.” 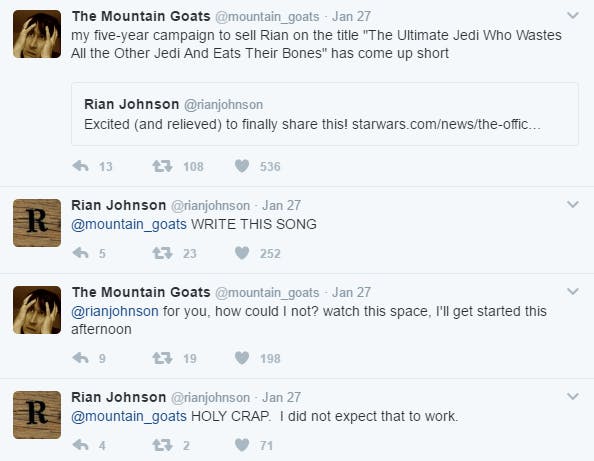 Darnielle ended up writing a real song based on his fake Star Wars movie titled, and Rian Johnson just shared it on Soundcloud. It’s a parable directed at a young Jedi, and it proves that the Mountain Goats’ dark sense of humor is a surprisingly perfect fit for Star Wars.

So @mountain_goats and I were joking around, one thing led to another, he recorded this song and now it’s canon. https://t.co/0vCdZTO6iO

It’s only a matter of time before we start seeing fanart for The Ultimate Jedi Who Wastes All the Other Jedi And Eats Their Bones.