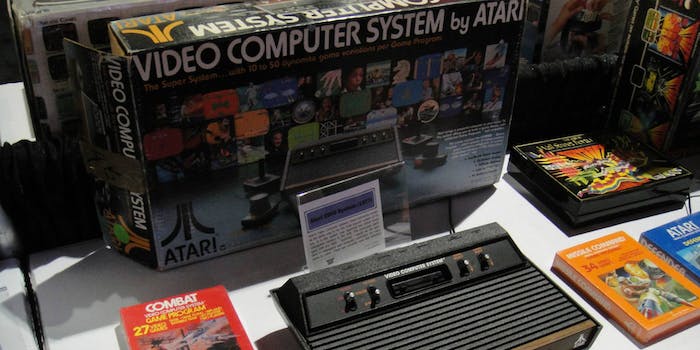 Dad raises gaming prodigy by training him on 8 console generations

Teaching kids to play Pac-Man is not a waste of time.

Eight-year-old Eliot Baio has humbled the developers of some of the most difficult video games on the market.

Spelunky and Nuclear Throne are games designed for masochists. The levels are always random. Players can only die once. Beating either game requires running through a hefty gauntlet of this sort of abuse. Eliot obliterated both of these games because his father, Andy, made sure he had a proper gamer’s education.

“Eliot’s early exposure to games with limited graphics inoculated him from the flashy, hyper-realistic graphics found in today’s AAA games,” Baio wrote in a Medium essay titled “Playing With My Son: An experiment in forced nostalgia and questionable parenting.”

Eliot just beat Spelunky all by himself! Thanks for making such a great game, @mossmouth! pic.twitter.com/ZnJJzWjM

“The lo-fi graphics in games like VVVVVV, FTL, or Cave Story might turn off other kids his age, but like me, he’s drawn to them,” wrote Baio. “My hope is that this experiment instilled a life-long appreciation for smaller, weirder, more intimate games in him.”

Photo by Doug Kline (CC BY 2.0) | Remix by Dennis Scimeca