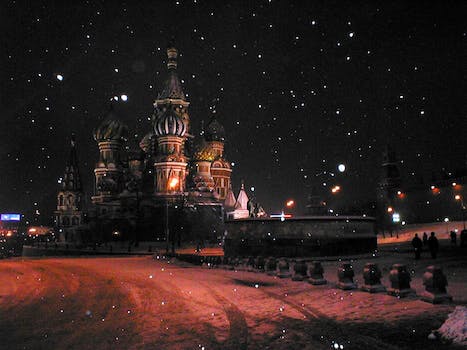 Russian science fiction writers spent a century imagining other worlds, a world away from ours.

Thanks to the advent of ebooks, the Internet, and remix culture, the globalization of literature has become a ubiquitous trend. But while the trend is widespread, it’s not always a retroactive. Fans of Japanese manga, for example, still struggle to mount translation projects for even the most beloved and revered creators.

In Russia, a wealth of 20th-century genre literature was enclosed in a cultural vacuum behind the Iron Curtain for decades. Now, just as it did for other translation projects, Kickstarter is helping to unlock science fiction that has never before been translated into the English language.

The campaign, titled Red Star Tales, is a project of Russian Life magazine, and features works curated by Dr. Yvonne Howell of the University of Richmond. Howell will select 18 works of science fiction ranging from across the 20th century.

Though we don’t yet know which stories will be included, the Kickstarter video makes a compelling case. Appliances that respond to human anxieties? Telepathic World War II soldiers? These are all intriguing concepts. And even more intriguing is the prospect of accessing Russian literature that is being presented without political agendas. As the Kickstarter puts it:

What few works did appear in English during the Cold War tended to be wrapped in political agendas. Western publishers singled out Soviet works that contained allegories of political dissidence; Soviet publishing houses offered stilted translations of dry, ideologically-correct fables. While some fine works certainly did get through the Iron Curtain, most that did were hardly representative of the rich tradition of science fiction in Russian literature.

In reality, the last 100 years in Russia has seen an astonishing diversity and depth of literary works in the science fiction genre, by authors with a dizzying array of styles and subject matter.

It’s time for a reboot!

The Kickstarter runs through Jan. 31 and has raised a little over half its goal of $16,000. The minimum donation to get an ebook copy of the anthology is $18—not a bad going rate for a lost era of world literature.