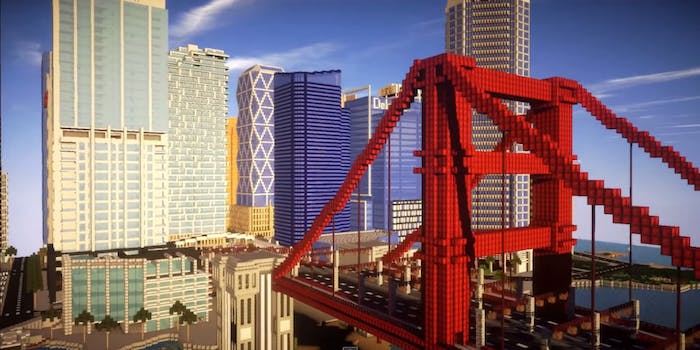 Minecraft cities don’t always look like they’re made from cartoony blocks. Some look like they could have been constructed with real bricks, glass, and steel.

YouTuber Petesterama recently posted a video featuring a flyover of his super-realistic “Modern Minecraft City.” While the exterior shots are impressive, it’s the interiors that really stand out. The cinematic presentation of the Minecraft city (which took around four years to build) features lobbies, libraries, and lounges that promise much more to explore.

Petesterama also shows off some serious skills with a demonstration of how you can make an interactive, 360-degree picture of your Minecraft city that can be viewed on Android phones and tablets.

While realistic cities are rare in Minecraft, Petesterama is hardly alone. The Esterlon Community Server, for example has made an impact across the Minecraft community for the way it mimics real-world civic architecture and features buildings with fully decorated interiors.