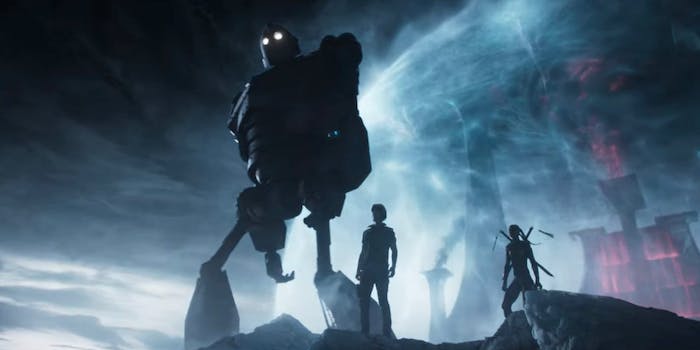 Ready Player One comes out later this month to the excitement of fans (and detriment of critics), but a new theme song emerging online really gets to the heart of the film.

Composer Alan Silvestri, who’s worked on dozens of films over the years including the Back to the Future trilogy and Who Framed Roger Rabbit, is a perfectly solid choice to work on the score for Ready Player One. But it’s always possible Silvestri might not have been the only one as writer Demi Adejuyigbe revealed his own “rejected” theme for the movie.

It’s a theme that encapsulates everything we’ve seen from the movie so far: piece after piece of iconic imagery from classic films and cult favorites strung together in virtual reality with no major connection or emotional resonance apart from the recognition of it all mixed in with a very familiar song.

Just got word that I can finally share my rejected theme song from @readyplayerone. They went with Alan Silvestri's theme, but I still want to thank Steven Spielberg & @WarnerBrosEnt for the wonderful opportunity. pic.twitter.com/aK32ZOUA16