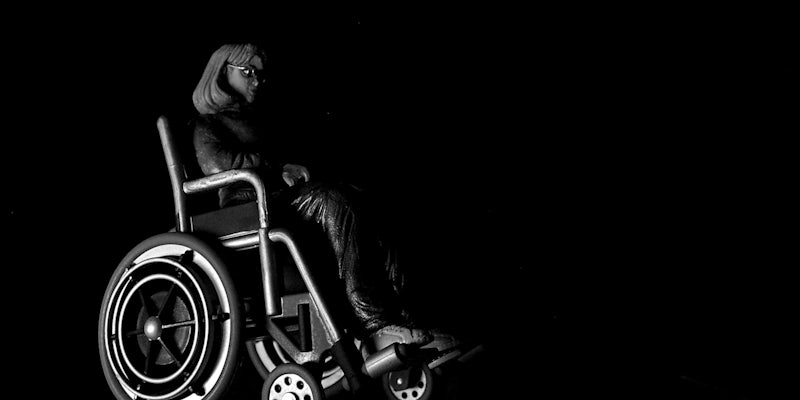 Fans of DC Comics have spent the last week embroiled in controversy over DC’s decision not to release a variant cover of an upcoming issue of Batgirl. Many fans felt the artwork unnecessarily glorified a traumatic and controversial story line from Batgirl’s history.

Now, the cover’s artist Rafael Albuquerque has spoken out, stating that fans’ concerns over the cover were “completely valid” and that DC’s decision was not about censorship.

Albuquerque also minced no words about the ever-tense debate over whether social justice ideals have a place in the growing world of comics: “The whole industry has always been sexist… It is important that we review our values ??and our positions.”

Albuquerque’s controversial artwork featured a smiling Joker menacing the a bloodied and tearful Barbara Gordon, a.k.a. Batgirl, with a gun pointing toward her waist. The piece was a dark homage to the 1988 Alan Moore graphic novel The Killing Joke, in which the Joker brutally assaults and tortures Gordon, leaving her paralyzed and wheelchair bound. The Joker’s assault of Gordon is generally believed to have involved a sexual element, and it’s one of the most notorious and gratuitous examples of the “fridged women” trope, a term coined by Gail Simone to refer to the longstanding practice of killing or torturing women in comics (and other media) for the sole purpose of giving a male lead character a reason to feel pain and react accordingly. In this case, the Joker uses photos of Barbara’s torture to antagonize her father, Commissioner Gordon.

Complaints from fans that the variant cover artwork was unnecessarily gratuitous and disturbing led to the Twitter hashtag #ChangetheCover, which provoked intense backlash from some fans and members of Gamergate, including rape and death threats. DC cited these threats as influencing its decision to pull the variant cover from publication, at Albuquerque’s direct request. Proponents of the cover argued that political correctness had led to censorship on DC’s part.

But Albuquerque, speaking to Portuguese website UOL, was adamant that wasn’t the case. In the interview, translated courtesy of redditor yourdaysare (verified for the Daily Dot by Ana Grilo of Booksmugglers), Albuquerque insisted that the decision to pull the cover wasn’t about censorship, but about recognizing that the cover wasn’t appropriate.

UOL – Do you think your cover has been misinterpreted?

Rafael Albuquerque – I think the cover has brought many interpretations. After all, it’s not the cover itself that’s the problem, it’s the magazine where it would be published. A comic aimed at the teenage female audience should not have a dark cover like this. Regardless of the question of who is right or wrong, the cover that I drew did not serve the proposal it should have had.

When asked if he had been pressured into removing the cover, he said that it was the opposite—he’d exercised his freedom of speech by having the cover pulled:

“I do not think a comic that intends to raise women’s self-esteem should have an image that may suggest otherwise… Freedom of expression also means not saying what you do not want, and it was exactly that right that I exercised here.”

Finally, and most triumphantly for advocates of a more diverse and representative comics culture, Albuquerque lent support to the comics’ critics, and called for respect for alternate viewpoints within the community:

Increasingly we see the content of comics being questioned in relation to issues such as excessive violence and the sexualization of women. Do you think these questions are valid? Do you think that, even if they are valid, they may be exaggerated and hinder the creative freedom of artists and writers?

They’re completely valid. The whole industry has always been sexist. We are used to it and live [in] a moment of opening in the industry. It is important that we review our values ??and our positions. I think, regardless of anyone’s position, dialogue and respect is essential for the industry to not divide itself. Respect is my main flag here.

Albuquerque cautioned that respect should be the cornerstone of any conversation about comics. But given the level of intense debate one piece of art managed to cause, that may be wishful thinking.

An alternate translation of the interview can also be found at Bleeding Cool.