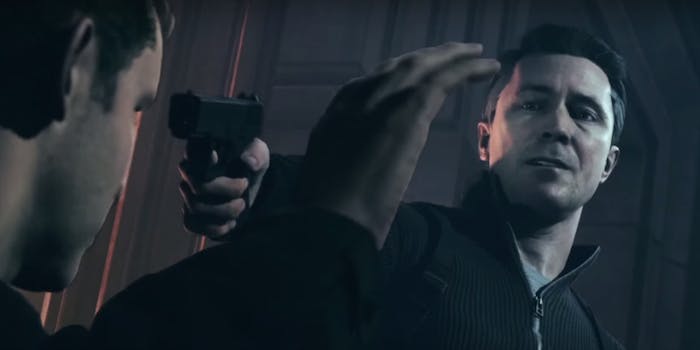 Stars from 'Lord of the Rings' and 'Fringe' round out the cast for the Xbox One exclusive multimedia franchise.

You might recognize Ashmore as Iceman in the X-Men movies. In Quantum Break, he plays protagonist Jack Joyce, a man who has the ability to manipulate time as the result of an accident he had during a time travel experiment. You know Gillen as the smooth-talking Littlefinger on Game of Thrones. Gillen plays Paul Serine, the scientist who invents the world’s first time travel device and who is responsible for the accident that causes time to begin splintering in Quantum Break.

Dominic Monaghan, who played Meriadoc Brandybuck in the Lord of the Rings trilogy, plays Jack’s brother Will in Quantum Break. Will Joyce apparently knows how to fix the damage caused by Serine’s experiment. Lance Reddick, who played Cedric Daniels in The Wire and Phillip Broyles in Fringe, takes the role of Hatch, an associate of Paul Serine, in Quantum Break.

Quantum Break the game is about heroes, and players will control Jack Joyce during the game, so expect Ashmore to dominate that side of the multimedia package. Quantum Break the show is about villains, so Gillen and Reddick will occupy more of the center stage there. A shorter version of the new trailer for Quantum Break gives you the best look at footage from the television show.

Microsoft also announced an April 5, 2016, release date for Quantum Break, exclusively on the Xbox One.