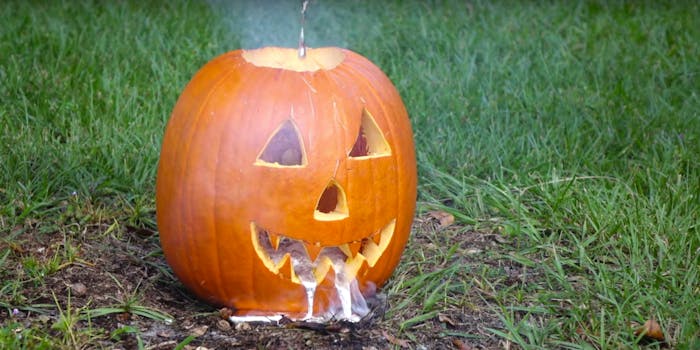 Here's how to get one final use out of a Halloween pumpkin.

Halloween is over, but you don’t have to throw away your pumpkin just yet. The Backyard Scientist shows you one last way to put it to good use.

The YouTube scientist has already tested out molten metal in watermelons and lava lamps, and now he’s getting into the Halloween spirit with his latest experiment. He knows how liquid nitrogen and molten aluminum work, but what happens when they’re combined?

He doesn’t limit himself to one single pumpkin, either. He works with pumpkins of different shapes, sizes, and degrees of hollowness, with pumpkins that have been cooled by liquid nitrogen and with those that haven’t.

He’s left with some awesome souvenirs from this year’s celebrations with varying degrees of detail—and he could easily use that big molten aluminum pumpkin cast in place of a real pumpkin next year.