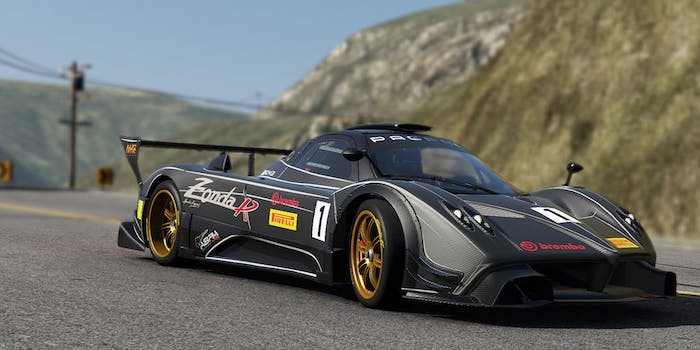 Slightly Mad Studios just released Project CARS, but the studio was quick to get work started on Project CARS 2.

Project CARS came out just a month ago, and even though fans are still sinking their teeth into its sim racing goodness, Slightly Mad Studios announced Project CARS 2 earlier this week.

This might seem premature, but considering that the CARS in Project CARS stands for Community Assisted Racing Simulator, the studio needs to start early to make sure everything falls into place.

That means crowdfunding and cooperation. Project CARS is unique in that it really is community-assisted. If you have some game design expertise, you can become a part of the development team, and contribute your time and resources. Depending on how much you invest and contribute, it will yield you with a percentage of profits from actual game sales. Pretty nifty idea.

Not only that, a game can take years to make. So while a new game is hot off the factory belt, you can be sure that Slightly Mad is already conceptualizing its sequel.

While the Project CARS raised around €3.75 million ($4.2 million), Slightly Mad Studios has loftier goals for its sequel. It’s wanting to raise a whopping £7.5 million ($11.08 million), though not on Kickstarter. It’s through its own World of Mass Development platform.

Some gamers are irked by this announcement, not just because a new game was announced so soon, but because there are still a few issues with the first Project CARS. But Slightly Mad Studios wants to make clear that there will still be plenty of support for Project CARS. It even released a patch earlier this week addressing quite a few concerns.

Interestingly, Project CARS is starting to position itself as an esport. It was announced this week that Project CARS would be at Gamergy in Spain. The prize pool is incredibly modest, at just €300 ($336) for first place. But it is a welcome first step into competitive sim racing.

Either way, we look forward to what Slightly Mad Studios will bring with Project Cars 2.