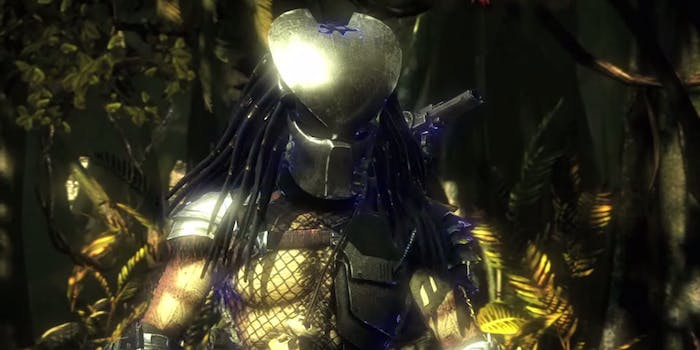 Get to the chopper! Predator joins Mortal Kombat X

The Predator’s gory brutality is a perfect match for the newest Mortal Kombat game.

He skins people alive, blasts them apart with a shoulder-mounted laser cannon, and has wrist-mounted, wicked-looking blades. What a perfect addition to Mortal Kombat X.

Jason Voorhees from the Friday the 13th movies was guest star No. 1 for MK X. The Predator, a vicious hunter of humans that terrified Arnold Schwarzenegger into screaming “Get to the chopper!” today also joins the ensemble cast of killers in Mortal Kombat X.

Maybe it’s because he’s a science fiction character in a game about interdimensional combatants, but Predator feels more at home to us in MK X than Jason did. You can judge for yourself in a new Mortal Kombat X trailer featuring the monster that makes trophies of men.

The Predator is available for download today for anyone who owns the premium edition of the game or the Kombat Pack DLC. Everyone else has to wait until July 14.