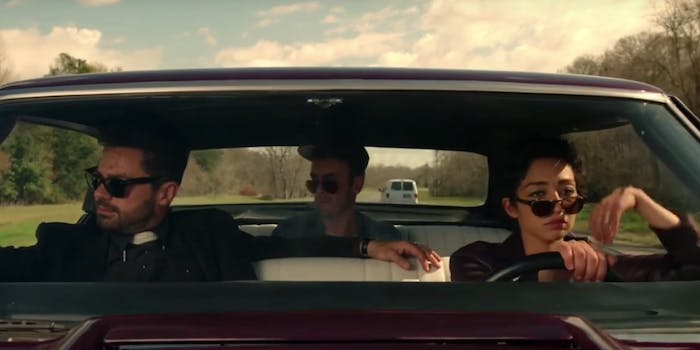 Photo via We Got This Covered/YouTube

The ‘Preacher’ season 2 trailer looks at the weird road ahead

Season 2 looks just as wild as we hoped.

Preacher is back with a trailer for season 2, reminding us that Tulip O’Hare (Ruth Negga) is the coolest character on TV.

This teaser tells us absolutely zilch about the plot, which is fine because Preacher puts a lot of emphasis on style. Season 1 ended by blowing up the main character’s hometown—a bold move for any show—and now Jesse, Tulip, and their vampire pal Cassidy are back on the road. This season apparently includes a squad of white-masked villains, plenty of explosions, and… puppy play? Well, okay.