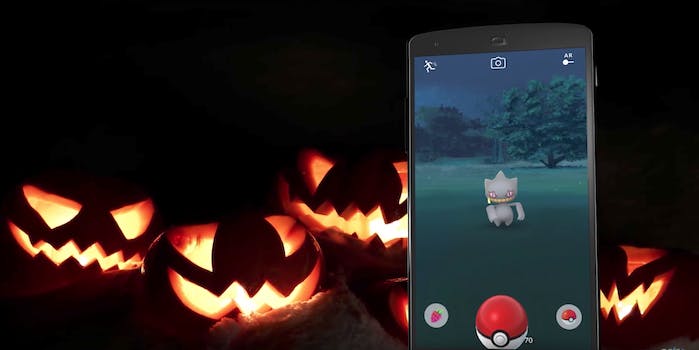 Pokémon Go is ready for Halloween with lots and lots of candy.

Pokémon Go may not be as popular this year as it was last Halloween, but developer Niantic is still handing out plenty of treats.

Niantic is rewarding players with extra candy for the Halloween season, doubling your haul for catching, hatching, and transferring Pokémon. Even better, your Buddy Pokémon’s candy-finding prowess will improve. Keep an eye out for special boxes from the in-game shop to pick up items including Raid Passes and Super Incubators.

The fun won’t end after the Halloween event closes at Nov. 2 at 4pm ET. According to Polygon, dataminers have discovered lots of evidence that more Hoenn region Pokémon are imminent additions to the game—something Niantic confirmed will be an early December update.