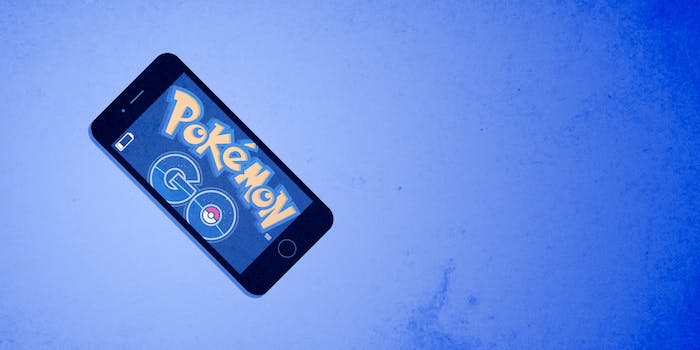 The developers are working on it.

Pokémon Go, a new mobile game from Nintendo, is finally available for people to download and play, but users are quickly discovering one of the game’s big draining problems.

Pokémon Go allows you to find and capture Pokémon in the real world through augmented reality technology, but it comes at a cost of your smartphone’s battery life. Fans soon found that out the hard way after finding out their battery percentage went down drastically from when they started to play the game.

Pokemon Go killed my phone battery in two hours. I can use my phone an entire day before it needs to be charged normally…

Battery was at 8% by 1PM. Charged it up and it's already down to 42. Pokemon GO used Mega Drain – super effective. pic.twitter.com/nu8GS5Yv4g

Never seen a game drain battery like Pokemon Go. Even my 6s loses 10% in 20 minutes – WITH the charger connected!

More like Pokémon Use Up All The Battery And Stall My Phone! #PokemonGO

The battery issues with Pokémon Go is something that Niantic, the game’s developer, is aware of and lists “Heavy battery use” on a page of its Known Issues.

“Some devices may experience battery drain while playing Pokémon GO for prolonged periods of time,” it reads. “We are working on a solution.”

Pokémon fans have worried about for the game’s effect on battery life months before it became an issue. Here are a few antidotes you can try to make your battery life last longer. Update 11:12am CT, July 7: This story has been updated to include tips on saving your battery life.