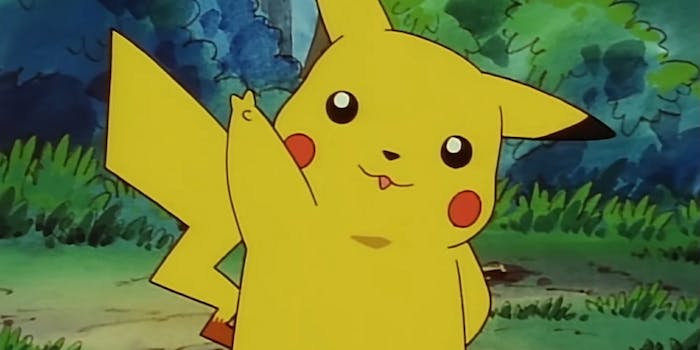 Twitch is streaming the original ‘Pokémon’ this Thanksgiving

Here's how to watch.

Ready to catch ’em all? You better be. The official Pokémon anime is coming back to Twitch for Thanksgiving, letting viewers binge some of the best episodes from the series’ original ’90s run.

Starting tomorrow, Nov. 22 at 12pm CT, Twitch will stream the first five seasons of Pokémon the Series, starting first with “Indigo League” and continuing to 2001’s “Master Quest.” That chalks up to over 250 episodes in total, and the stream itself will last until Monday, Dec. 3 at 7pm CT. Interested viewers can catch the marathon over at the streaming service’s TwitchPresents channel, which is currently streaming Bob Ross.

Oh, and if you miss Thanksgiving’s Pokémon marathon, don’t worry. The series will reportedly return on Dec. 24 along with a Christmas special, with the marathon continuing until Jan. 3, 2019, Polygon reports. That’s a lot of Pokémon for one holiday season.

On November 22, let’s be thankful…that Seasons 1-5 of Pokémon the Series are coming back to Twitch!

If you missed the marathon or you’re ready for a rewatch, join us for round two at 10AM PT: https://t.co/h3VUgWyLkT pic.twitter.com/ksL57NWKFH

This isn’t the first time that Twitch streamed the original Pokémon series. In late August, Twitch showed 19 seasons’ worth of the TV show, clocking in at 932 episodes in total along with 16 Pokémon movies. Theoretically speaking, that’s more than enough Pokémon to keep viewers busy for summer, Thanksgiving, and Christmas vacations.