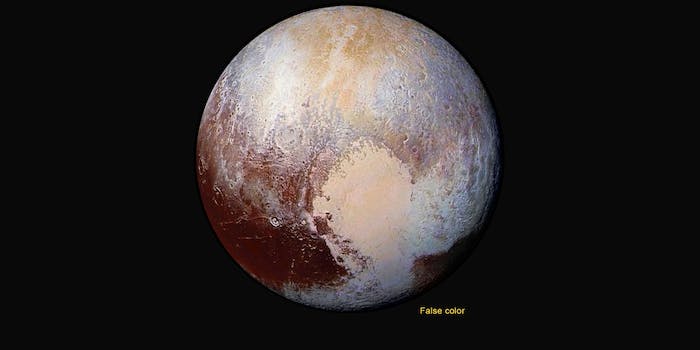 NASA releases jaw-dropping photo from the dark side of Pluto

At a press conference today NASA released new photos of Pluto’s atmosphere and surface from the New Horizons probe that passed the dwarf planet last week, revealing more information about the iconic “heart.” They also showed images of a darker side of Pluto in a feature unofficially dubbed the “Cthulhu Regio.”

The new images of Pluto silhouetted against the sun revealed a much hazier atmosphere than scientists predicted. 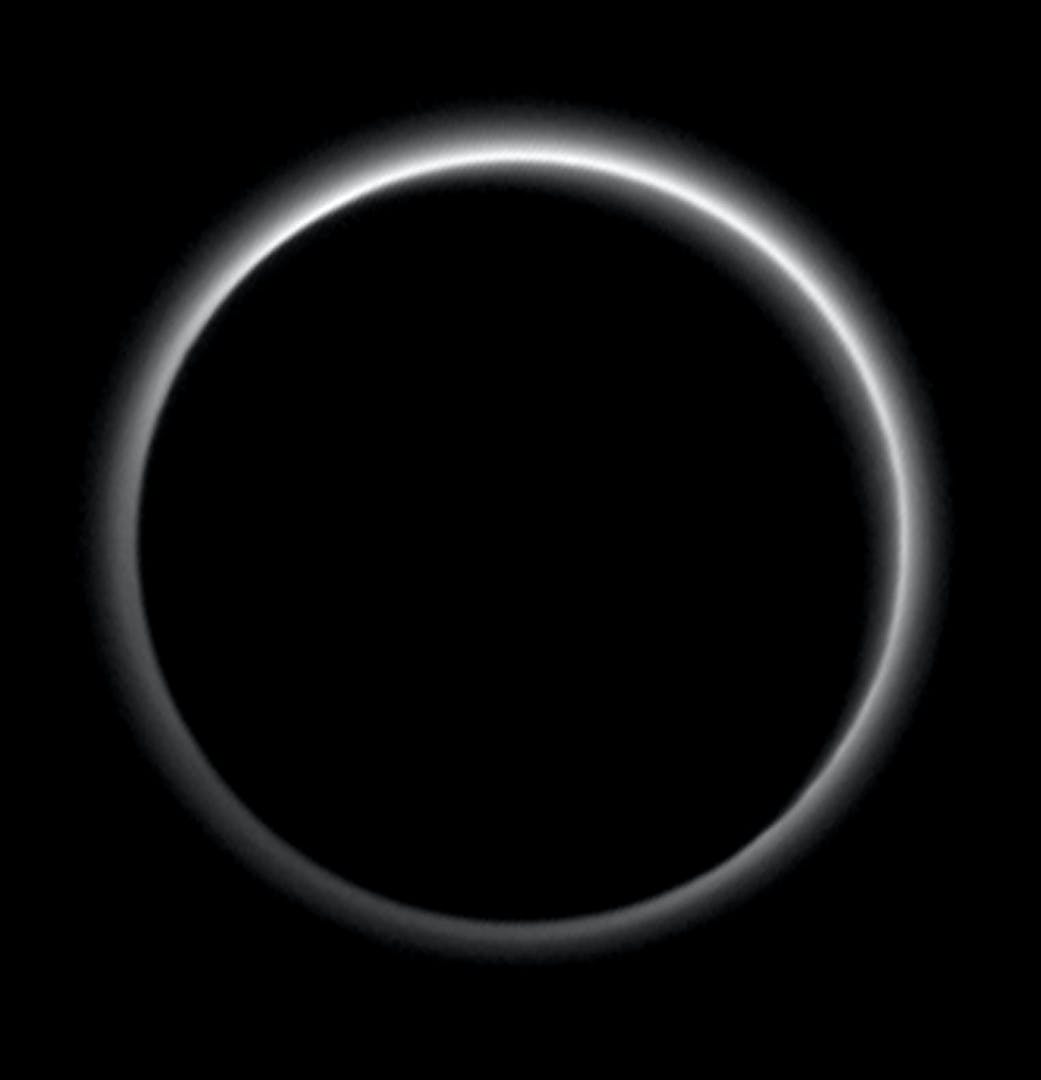 “My jaw was on the ground when I saw this first image of an alien atmosphere in the Kuiper Belt,” New Horizons Principal Investigator Alan Stern of the Southwest Research Institute (SwRI), Boulder, Colorado, said in a press release. “It reminds us that exploration brings us more than just incredible discoveries—it brings incredible beauty.”

The haze likely belies why Pluto has a somewhat ruddy hue. Complex hydrocarbon compounds created in the atmosphere rain down onto the surface.

The darkness in Pluto’s heart

Pluto’s iconic heart, also known informally as the Tombaugh Regio, has a dark spot in it that NASA is now calling the Cthulhu Regio. 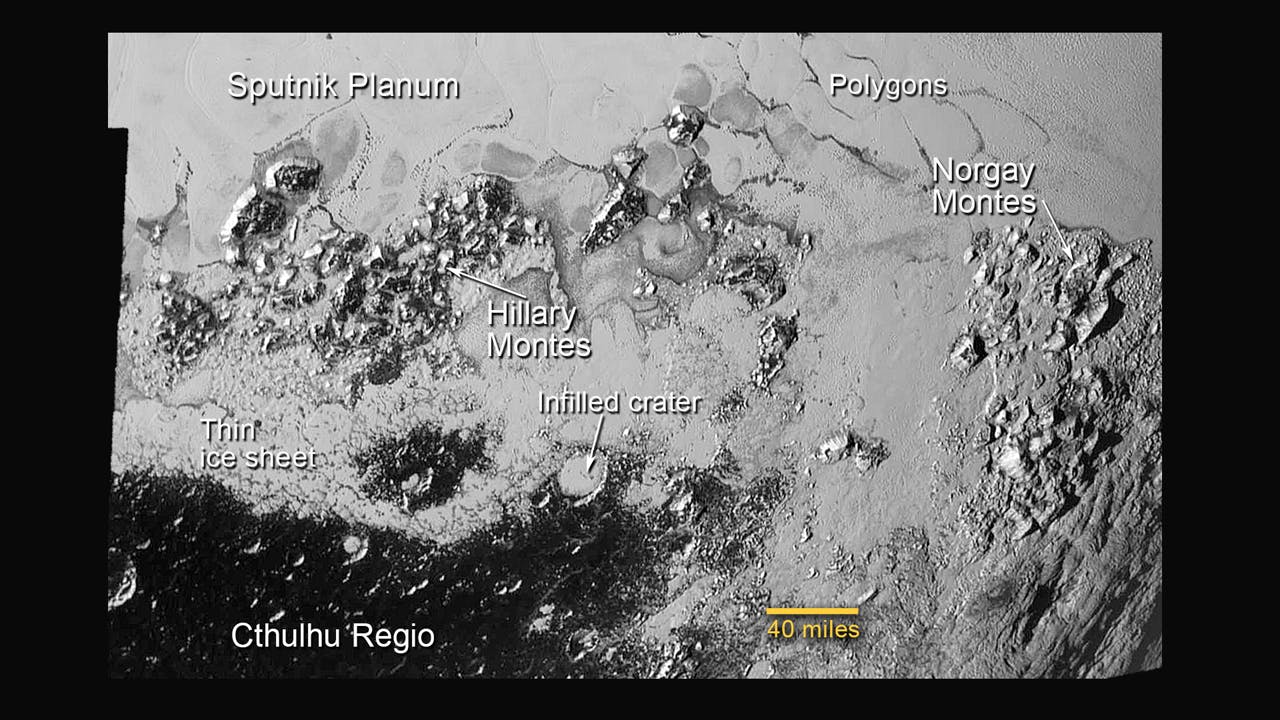 Researchers suggested that the darkness of this region comes from young ice forming over the ancient, cratered terrain. 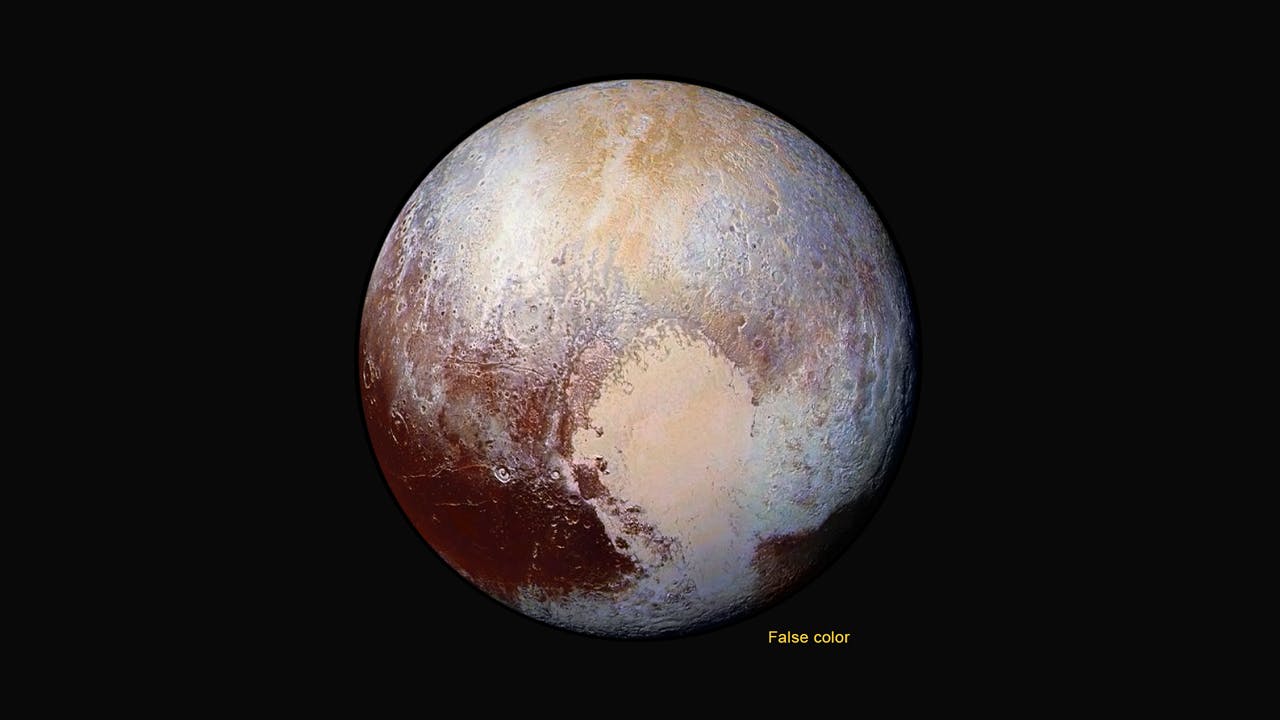 New Horizons is traveling at a speed of 16 km/second or 35,791 miles per hour. The probe is now 7.5 million miles past Pluto and its planetary dancing partner, Charon. Researchers say that they now have roughly 4-5 percent of the data load from the Pluto Flyby and more will continue to trickle in over the next year.

All images via NASA