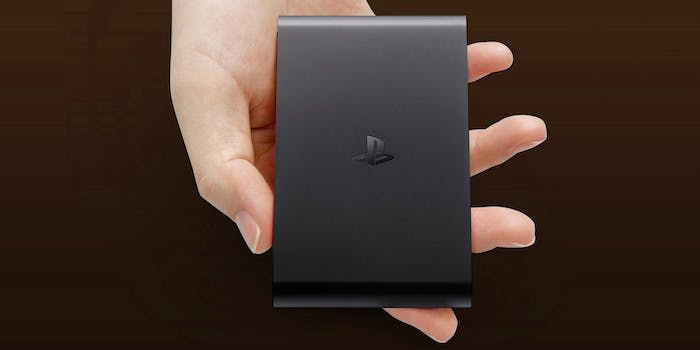 Sony answers all of your PlayStation TV questions

If you're on the fence, read this FAQ.

You have one week to decide whether you want to pick up the new PlayStation TV hardware on Oct. 14, and Sony has now given you everything you need to make the decision.

Sony’s PlayStation blog posted “The Ultimate FAQ” today for the new PlayStation TV micro console—and they really do mean “micro.” The side-by-side comparison with the DualShock 3 controller is amazing. PS TV is tiny. The new FAQ also gives us a nice shot of the back of the unit, with all the available input and output ports.

We previously gave you all the high points of the PS TV sales pitch. Games for PlayStation 1 and the PlayStation Portable and PS Vita handhelds fill the list of launch day titles. You can use the PS TV to stream your PlayStation 4 games to another, separate television in the house, as well as buy, rent, and stream media like music, television shows, and movies via the PlayStation Store.

The PlayStation TV base unit will cost $99.99 at launch, and a limited edition bundle that includes a wireless DualShock 3 controller, a voucher for a digital copy of The Lego Movie Videogame, and a memory card, will cost $139.99.