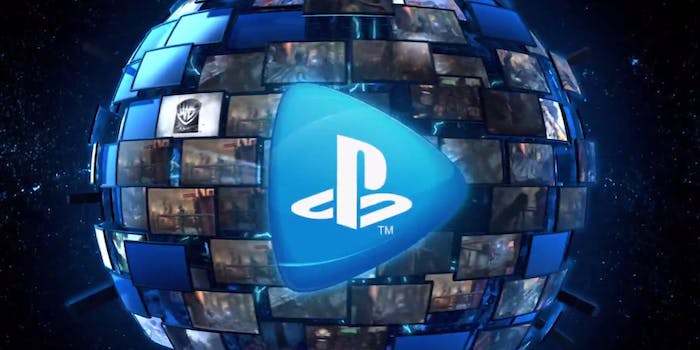 Sony has unveiled a subscription model to its PlayStation Now streaming service.

Sony has finally given gamers a single price for unlimited streaming on its PlayStation Now service.

For $20 a month, or $45 for three months, you can have unlimited access to more than 100 PlayStation 3 games. From classics like Ico to Uncharted, there’s bound to be something for everyone. 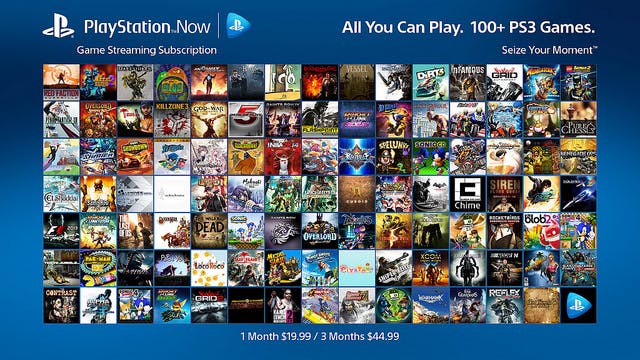 The PlayStation Now subscription service is only available for the PS4 at the moment, with other devices soon to follow. Phil Rosenberg, Senior VP of Business Development and Publisher Relations at Sony said, “We know there are lots of PS4 owners that never owned a PS3, and this is a great way to catch up on games they may have missed.” You can try the service free for seven days before committing.

PlayStation Now isn’t a new service. For the past year, it has been a-la-carte, meaning that you would rent the games you wanted to play, and pricing was far from competitive. When it was launched, to stream a game for 4 hours, it would run you $5. To rent a game for a week, it would cost $8. A 90-day rental would run you $30—in some cases, that’s more than buying the game new from Amazon.

Sony introduced PlayStation Now to its Bravia line of televisions last year. As long as you had a PlayStation 3 controller, you were able to stream games straight to your television.

PlayStation Now isn’t the first service to try video game streaming. First came OnLive, a promising service that’s currently going through a relaunch. Then came Gaikai, a streaming service that let gamers play games straight through their Internet browser. It didn’t last for long because Sony bought the service for $380 million in 2012.

OnLive has a few major advantage over PlayStation now, which include price and quality of graphics. Its servers are using the latest hardware to stream PC games in relatively high quality. PlayStation Now’s servers are rendering PlayStation 3 games, some of which are seven to eight years old.

OnLive has a larger selection of games, and its service will only set you back $12.95 a month. You can also find OnLive on many Android streaming boxes, like the Amazon Fire TV or the Nvidia Shield.

Although the PlayStation 3 has a tremendous library of games, no plans were announced to stream original PlayStation, PSP, PS Vita, or PS4 games. Here’s hoping that Sony expands the service to include classics like Final Fantasy Tactics Ogre and PaRappa the Rapper.