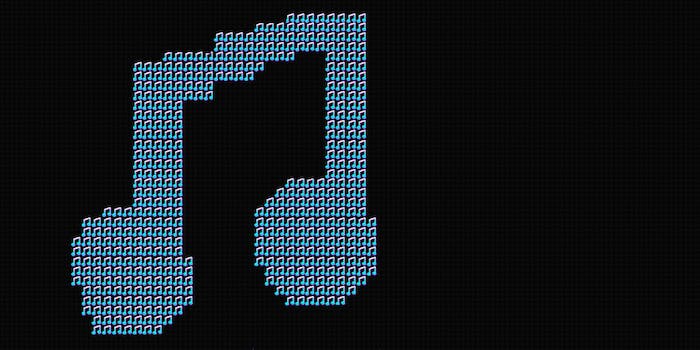 This may be the year of the video game music documentary.

The music behind popular video games can have a tremendous impact on our lives, whether it serves as artistic inspiration or simply triggers happy memories.

Point me to just one YouTube musician who has not covered the Super Mario Bros. music as part of his or her repertoire.

With this in mind, student filmmaker and video game enthusiast Kory Caldwell decided that a documentary capturing exactly what video game audio means to us needed to be made. He and his company, Scarlet Moon Productions, aim to create the film The Player’s Score: A Videogame Music Documentary.

“[The documentary] focuses on the cultural and personal impact of game music with interviews of chiptune artists, game music cover bands, and the composers who inspire them,” Jason Napolitano of Scarlet Moon Productions told the Daily Dot.

The filmmakers have launched a Kickstarter campaign to help fund their travel for the making and promotion of the film. So far, they have raised over $13,000 of the $24,000 goal, with a deadline of Oct. 11. Backers can receive perks from physical copies of the film to personalized music by the many bands featured in the interviews.

The Player’s Score: A Videogame Music Documentary isn’t the only project that has set out to chronicle the significance of video game audio. Just last month, Karen Collins and Rory O’Neill successfully funded a Kickstarter campaign for Beep: A Documentary History of Video Game Music and Sound.