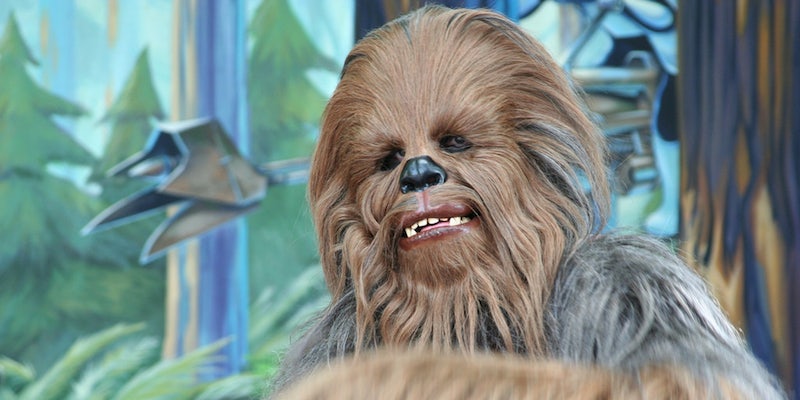 Peter Mayhew will reprise his iconic role for the new film.

Fans of the original Star Wars trilogy are now guaranteed to see at least one familiar face in Star Wars: Episode VII.

Peter Mayhew, who played Chewbacca in four of the six Star Wars films, will be returning as the beloved Wookie for the new movie. Rumors of Mayhew’s casting sprung up after he canceled an appearance at Comicpalooza at the end of May “due to filming.”

The reboot has been shrouded in secrecy ever since J.J. Abrams was announced as the film’s new director.

Original trilogy stars Mark Hamill, Carrie Fisher, and Harrison Ford will reportedly reprise their roles in the film, but so far, Mayhew and Girls star Adam Driver, who will play the yet-unnamed villain in Episode VII, are the only confirmed cast members. The beloved droid R2D2 will also make an appearance. The rest of the cast has yet to be announced, although rumors have been flying about various actors and actresses for months.

Principal photography was expected to start in May, but recent reports suggest that filming has already started, despite the fact that casting is “not completely done.”