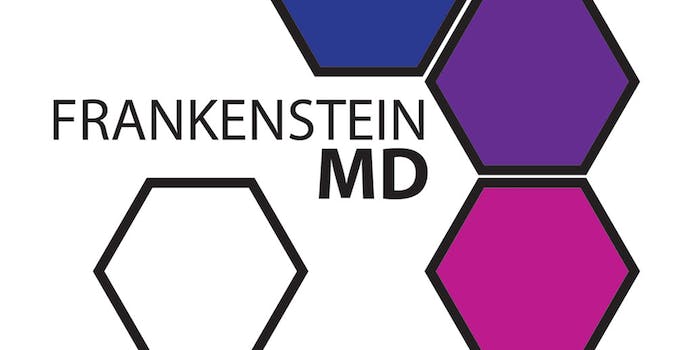 It's alive, or should we say: she's alive!

The white-male dominated world of science fiction writing often tends to ignore the fact that science fiction was invented by a woman, Mary Shelley, whose Frankenstein first gave the world a taste of the thrilling and terrifying possibilities of modern science and technology.

But the creators of the Emmy-winning Pride and Prejudice update Lizzie Bennet Diaries haven’t forgotten. They’ve joined forces with PBS Digital Studios to bring you an updated, modernized version of Frankenstein with a twist: Frankenstein MD is the story of a modern woman struggling to deal with sexism as she pursues her career in a STEM (Science, Technology, Engineering, and Math)-related field.

Production studio Pemberley Digital, which also doubles as the fictional production studio connecting all of the series in its fictional universes together, announced the news Monday. They also dropped intriguing details about what viewers can expect from the transmedia series:

[T]he series reimagines the title character as Victoria Frankenstein, an obsessive, eccentric prodigy determined to prove herself in the male-dominated fields of science and medicine.

Later this year, eight episodes will roll out each month following Victoria through her medical experiments. Viewers will follow the action on her YouTube channel and various social media platforms.

PBS Digital Studios has been reaching out increasingly to the world of  YouTube, recently tapping Sarah and John Green for their project The Art Assignment. Green’s brother, Hank Green, is not only his fellow VlogBrother, but the co-executive producer and creator of the Lizzie Bennet Diaries, the show that started it all.

As for Pemberley Digital, the move is a surprising on a number of fronts. While Lizzie and her friends inspired similar webseries spinoffs like The Autobiography of Jane Eyre, the group has so far stuck to its ever-popular modernizations of Jane Austen for its first three outings—the Diaries, Welcome to Sanditon, and Emma Approved.

Co-producer and director Bernie Su explained in the announcement that Frankenstein MD features a whole new team of writers who developed and pitched the project to him before the Pemberley Digital project signed on. For fans who’ve had trouble with the awkward-at-times transition from book to YouTube that the previous series have undergone, this could be a blessing. A recurring complaint from fans has been that the conceits used to turn Austen’s books into stationary-camera web series aren’t believable enough. With an outside team of writers, we’ll get a fresh take on how to modernize 19th-century British characters for modern-day international audiences.

But with a new team of writers comes new risks—and already, Frankenstein MD is taking a huge one by making its narrative explicitly political from the outset. Pemberley Digital has always had strong female-based casts full of women who have complicated relationships with one another. A few social issues have appeared on its radar—most notably issues of class central to Austen’s novels, and a highly controversial plot arc that angered many fans because they felt it was implicitly slut-shaming and engaging in “gross” sexual politics.

Frankenstein, MD, however, is using sexism as its starting point, and a facet of sexism that hits close to home for fans and geeks: the oppression women face as they pursue geeky, male-dominated careers. If Lizzie Bennet faced these kinds of challenges as she started her career in media production and vlogging, we might have had a very different story on our hands; but even then, it would have been minor compared to the extremely well-documented sexism that women in scientific careers face. Updating Victor to Victoria Frankenstein isn’t just a clever bit of genderbending. It predicates the narrative, like all the best sci-fi and horror, upon modern-day horrors that already exist.

And that’s the other surprising thing about this choice for the show: For the first time, it’s not a romance.

In some ways, that’s the biggest gamble of all. Will Pemberley Digital be able to sustain its audience when they aren’t being treated to a cadre of hunky Austenian heroes? Will fans tune in for Victoria Frankenstein’s videotaped lab reports?

Already one confused commenter wants to know, “Why don’t they ever do any guy leading characters?”  With any luck, Frankenstein’s monster will also be a woman. Perhaps Victoria can resurrect a radical feminist protester from the ’70s who burns the bras of her victims right before tearing their heads off.

It’ll be the love story of our dreams.