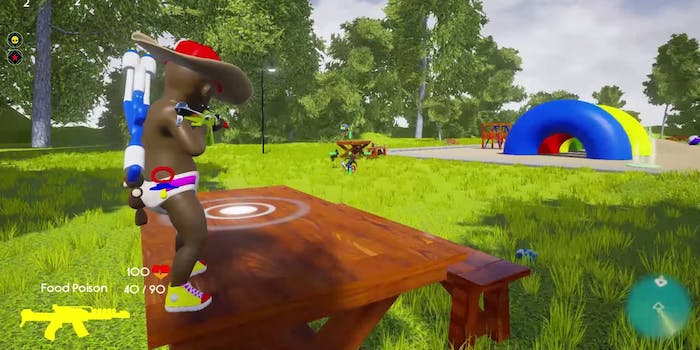 It's toddler against toddler in frantic online multiplayer shooter game.

A new Kickstarter projects wants to give third-person multiplayer shooters a infantile remix by making gamers play as babies.

No, it’s not a joke. Tucson team Ooc Studios wants to crowdfund a new game that pits babies against one another. Titled PaciFire, it’s just like any other multiplayer shooter, except instead of burly men, we have babies.

It’s essentially a crazy episode of Rugrats, except instead of a cast of five to seven babies, a match can have up to 24 sugar-fueled toddlers.

Players will have a few interesting weapon choices at their disposal, including some that have never before been scene in a third-person shooter. These include being able to shoot milk, diapers, teddy bears, and even baby powder grenades.

The game is in alpha on Steam Greenlight, so those who want to check out a very early build of the game can do so.

If PaciFire reaches its $50,000 goal, Ooc Studios expects the game to ship this December.