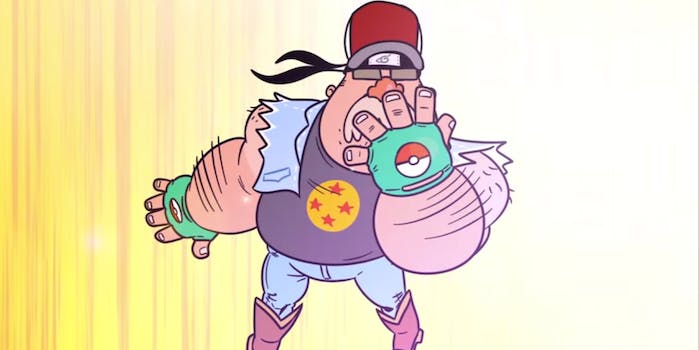 His is the truck that will PIERCE THE HIGHWAY!

It’s all too easy to make fun of anime fans, but every now and then an affectionate parody of weeaboo culture comes along that you just can’t help but enjoy. Such is our fondness for Otaku Trucker, a new animated short from Dorkly that’s less wandering samurai and more wandering semi. He’s riding on 20 tons of Ghost in the Shell body pillows and he and his Totoro cab ornament are going to pierce the highways! What’s not to love?

The sheer number of anime and fandom references the Dorkly team managed to cram in here is impressive—as are the actual truckers and anime fans who turned up in response to magically transform for us. As Facebook user Dante Forsythe (alias Hanzel Kurei) noted, “Finally a video for us Otaku Truckers.”

The best part of all is that we can easily see a real potential in a crime-fighting superhero who fights evil while driving a lot and obsessing over anime. Think Yowamushi Pedal meets Initial D meets, uh, Semi Champloo.