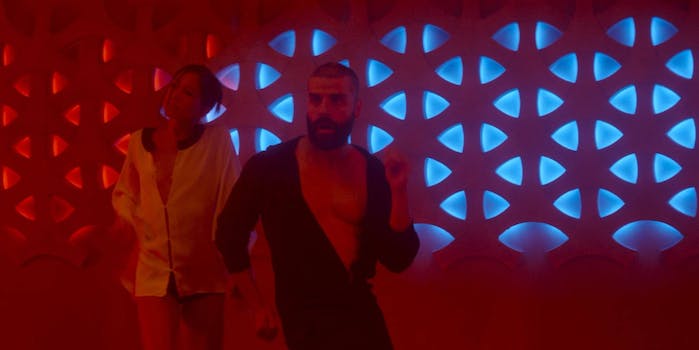 Oscar Isaac's 'Ex Machina' dance was already iconic, but these mashup videos bring it to the next level.

Indie sci-fi thriller Ex Machina gifted us with one of the greatest movie moments of 2015: Oscar Isaac‘s creepily well-choreographed dance scene to the disco track “Get Down Saturday Night.”

Ex Machina isn’t exactly a funny movie, but this particular scene stands out as a moment of surreal absurdity between long stretches of tension. And as it turns out, Oscar Isaac’s dance routine fits surprisingly well with a lot of other songs.

After watching these, we have one request. Please, in the name of all that is good and right in the world, let Poe Dameron have a dance scene in the next Star Wars movie.