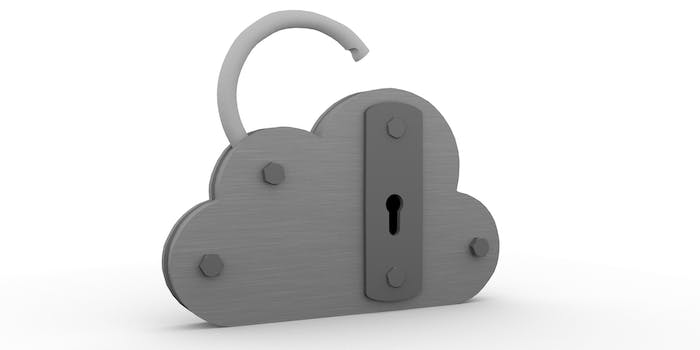 How scientists are dealing with an online, open-access future

Open-access publishing is inevitable. Can science catch up?

It’s Open Access Week, during which professional nerds everywhere celebrate the slow march toward free and open scientific research for all.

And while journalists and science enthusiasts like me are excited by the slow, upward trend in open access-publishing, not everyone is all for this academic shift. Those people naturally include subscription-based, traditional journals. But they also include some scientists. Here’s why.

It costs a lot of money to publish open access

Whether it’s online open access or an in-print subscription journal, publishing academic work costs money. The cost is spread over things like copy editing and typesetting as well as, for subscription journals, managing rights. Plus journals have to make a buck or two.

Traditionally the cost of all this was placed on the subscribers: libraries and institutions whose researchers needed the journals to keep up with the latest discoveries. A subscription to a journal isn’t cheap—it can cost a library tens of thousands of dollars per year just to subscribe to one journal.

Because open access does away with the paywalls to read the articles, they must erect a paywall to publish an article. According to an article in Nature News (which is an editorially independent news source of the academic giant Nature), publishing an article open access costs authors anywhere between $1,350 to nearly $3,000 for a smaller, higher prestige journal.

Subscription-based journals, on the other hand, usually don’t charge anything to publish unless you need full-color figures.

While several-thousand dollars sounds like a lot to get your work out there, it’s actually not that much out of the grant money of many research labs, according to a thread about open access on the subreddit, r/science.

The cost of publishing may even be worked into the funding they receive from certain entities, Ivan Oransky, founder of publishing watchdog, Retraction Watch, told the Daily Dot. “And many open-access journals have membership models in which a university pays an annual fee that allows anyone at that university to publish in the journal,” he added.

But big-name subscription journals like Science and Nature, that don’t charge authors, still have more prominence than open-access journals like PLOS One. In that light, it’s a wonder anyone would ever publish open access.

We often talk about the “culture of science,” but there’s no universal culture among scientific disciplines. This can affect whether or not a researcher chooses to publish open access. As the author of the Nature News article writes:

These approaches suit communities that have a culture of sharing preprints, and that either produce theoretical work or see high scrutiny of their experimental work — so it is effectively peer reviewed before it even gets submitted to a publisher. But they find less support elsewhere — in the highly competitive biomedical fields, for instance, researchers tend not to publish preprints for fear of being scooped and they place more value on formal (journal-based) peer review.

But many researchers in biomedical fields do opt to publish open access anyway. User cdorx on Reddit suggests three reasons:

1. A good journal happens to be open access that you want to submit to. PLoS biology and PLoS Genetics are in range of the best journals in biology. Both have impact factors well above the Journal of Neuroscience and they accept a much broader range of submissions.
2. Less engrained [sic] editorial boards. Some fields are locked down pretty hard editorially. This makes publishing more controversial research much harder.
3. Negative findings: PLoS One, for whatever reason, tends to be a the journal for publishing negative findings, this is probably because they have the specific requirement (in PLoS One) that papers are not to be judged on merit only on quality. (Though this is related to your #1 because no other journal is willing to publish negative findings)

Negative findings are a term for when researchers can’t replicate the results of an earlier paper. Reproducibility is of course the cornerstone of scientific progress—and something that is a bit of a problem in social sciences.

A lot of that is due to publication bias, where journals are less likely to accept articles with negative results—negative results hurt the impact factor, the metric by which a journal’s klout is often measured.

The problem with the impact factor

The impact factor is a number that is a measure of the amount of times a particular journal’s articles are cited by other articles. More citations usually means an article has some very good or interesting results.

“It’s meaningless as far as I’m concerned—it was used by librarians to describe which journals to subscribe to,” Randy Scheckman, founder of the journal eLife, told the Daily Dot.

But with more librarians subscribing to journals with a high-impact factor, they became associated with visibility and respect. So journals started to do things to hack their impact factors to make them higher.

There are a few ways journals can do this, said Schekman—who was on the editorial board of the Proceedings of the National Academy of Sciences (PNAS) before starting eLife. The easiest way is to publish a lot of review articles, which aggregate a lot of other articles and information about a particular idea or hypothesis. Review articles’ intrinsic convenience to researchers mean they get cited a lot on their own. But some journals also limit the number of citations allowed in a research article, making researchers more likely to cite reviews—artificially boosting the citation numbers and thereby the impact factor.

Articles that posit sexy, exciting results also get a lot of citations. Editors tend to pick those articles for publication, Schekman said. Negative results aren’t sexy, so they usually get passed over. But exciting results are often wrong—so much so that they’re retracted from the journal entirely.

Retractions are certainly not unique to subscription journals. But with a journal like PLOS a researcher pays for their own publication, and has more incentive to publish a negative result. PLOS is still concerned with impact factor, of course, but it’s not limited by the cost of printing physical articles or incentivizing subscriptions. So it’s free to accept more articles that can be of any length or sexiness—they just have to be good.

eLife makes a point of not advertising its impact factor. Schekman cited the immense pressure scientists feel to make it into high-impact journals as being at least partially responsible for a lot of the “bad science” out there.

“The system at the very top is broken. I felt we had an opportunity to address that,” Schekman said.

There’s a mantra that often echoes off the walls of research labs: “publish or perish.” That is, researchers with a long history of publications—especially in high-impact journals—tend to make it further in their career.

“Some [researchers] don’t react well, so they cut corners. They misrepresent their work or they commit fraud. The system at the very top is broken. I felt we had an opportunity to address that,” Schekman said.

Journals like Science and Nature are resistant to publishing open access because they claim it doesn’t work with their business model, which is still highly dependent on physical subscriptions, Schekman said. In that way, academic publishing is in very much the same boat as journalism.

Print publishing is simply more expensive and therefore more exclusive when it comes to academic research. It just makes more sense to cut costs and publish purely online, which would allow for fewer rejections and longer, more complete articles, Schekman argued. That could even the playing field between journals like Science and PLOS, which accepts around 70 percent of submitted articles. (Science accepts less than 10 percent.)

And older publications see the writing on the wall, according to the Nature News article: “most older publishers are investing heavily in technology, and should catch up [to online formats] eventually.”

Government and funding agencies may speed that process up as well, by forcing all journals to publish tax dollar-funded research open access. Though they’ve been only marginally successful on those fronts so far, Schekman noted.

But the portion of open access articles is slowly growing year by year. To many it seems like the switch to total open access is inevitable. Science just needs to catch up.

Photo via FutUndBeidl/Flickr (CC BY 2.0)