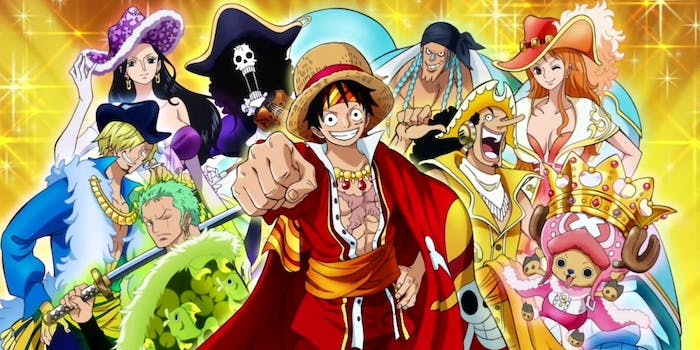 In Japan, One Piece has dominated the shounen manga and anime landscape for nearly two decades. But now, Monkey D. Luffy’s reign as the undisputed Pirate King is official: Guinness World Records has recognized the popular series for becoming the bestselling manga in history.

To celebrate the occasion, creator Eiichiro Oda drew this adorable art of Luffy posing with his loot: 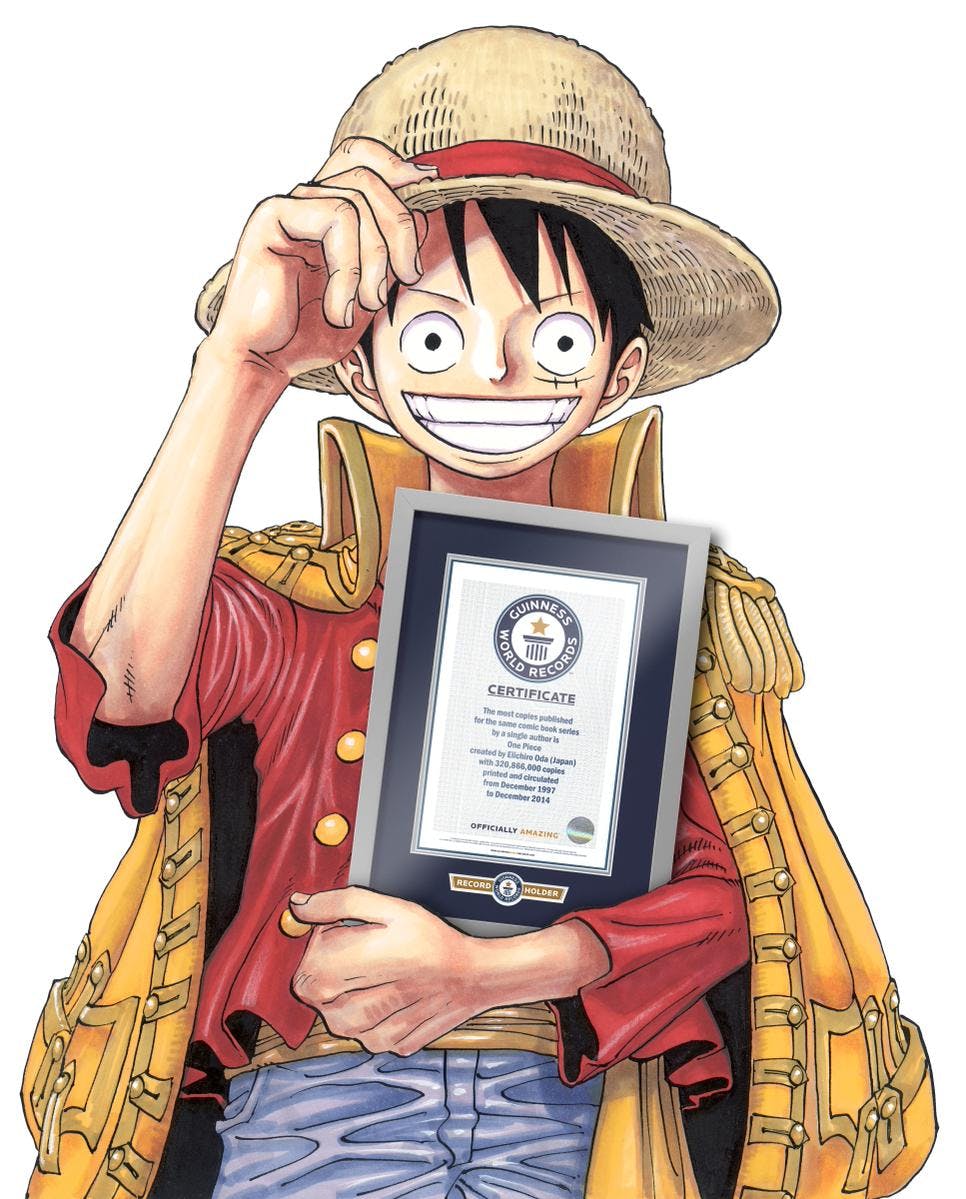 Oda’s whimsical manga, which chronicles the adventures of the chipper hero and his unlikely attempts to become the world’s greatest pirate, surpassed cultural titan Dragon Ball to win the honor, with more than 320 million copies of the manga published since its debut in Sh?nen Jump magazine in 1997. The anime likewise has been airing since 1999, with no signs of stopping.

On Monday, Guinness officials held a ceremony commemorating the achievement at Sh?nen Jump headquarters in Tokyo. Although Oda did not attend, he issued a statement, translated by NHK, which notes that “he will always feel grateful to his readers and to past manga artists, and to all who have supported him. He also said he wants to create manga that live up to the honor.”

We plan to celebrate by reminiscing over all our favorite One Piece themes, like this one:

After that, who wants to go sailing?