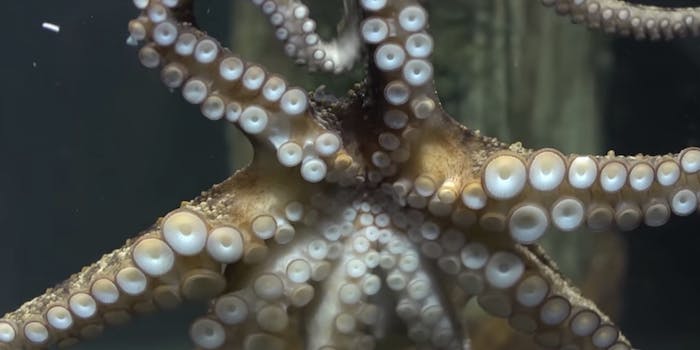 This octopus knows how to operate a camera

Eight tentacles are better than one hand.

Sony New Zealand released a video featuring a modified Sony Cyber-shot TX30 that allows for an octopus to take a picture of humans. In this case, it’s a class of adorable children posing for a portrait by an eight-tentacled sea-dweller.

Sure, this is a video designed to sell Sony cameras in New Zealand, but imagine a world of octographers everywhere. Octopaparazzi. If you haven’t had your picture taken by an octopus, you’re a nobody.