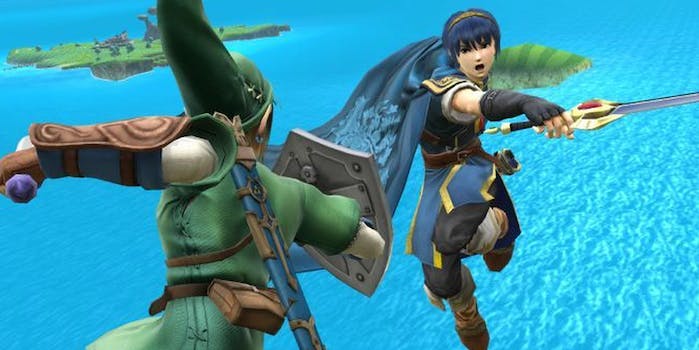 Can Nintendo win back the ‘Super Smash Bros.’ crowd?

New competitive options are making the game much more appealing for hardcore fans.

Earlier this week, Nintendo announced the release of the next game in its wildly popular Super Smash Bros. series. Fans were delighted at news that the game would come with new modes for competetive play, which would mark quite the turnaround from Nintendo’s anti-competitive moves in the past.

For years, fans have been furious over what they see as the company’s rejection of the competitive scene in the series’ previous incarnation, Super Smash Bros. Brawl. Can Nintendo win back this hardcore audience? It’s an important question for the company to answer, because games that do attract a hardcore audience stand a better chance at longevity.

When Super Smash Bros. Melee was released back in 2002, fans and critics showered it with praise, and it quickly spawned a tournament scene.The game, at this higher level, became very fast and, gamers found exploits in the design to allow for quicker play and faster combos.

But the game’s director Masahiro Sakurai, as well as executives at Nintendo, weren’t as thrilled with how competitive the game had become. They felt that it alienated casual audiences.

When Nintendo released the sequel to Melee, Super Smash Bros. Brawl, Sakurai added mechanics that directly conflicted with competitive play. For example, Brawl introduced a feature whereby characters would randomly trip in during a battle. That posed a major problem for competitive players, for whom every move can make or break a match.

That just encouraged fans to stick with the first game. Since the release of Brawl, the popularity of Melee has continued to blossom while its sequel has waned.

In 2012, the largest fighting game tournament in North America, Evo, added Super Smash Bros. Melee to its roster. Nintendo wasn’t thrilled that the former iteration of the game was put in favor over Brawl, and tried to remove the game from Evo, but that was met with massive fan outcry. The online stream of Melee during Evo 2013 netted 130,000 concurrent views.

With the new Smash Bros, Sakurai is clearly aiming appease the tournament scene. In interviews, he’s claimed that the game’s speed will fall between Melee and Brawl. Tripping, to the delight of most fans, is gone, as are other gimmicky features that hardcore fans couldn’t stand.

Online play has been tweaked as well, with new online play modes called “For Fun” and “For Glory.” In “For Fun,” items are activated and stage gimmicks are in full swing. When playing “For Glory” items get turned off,  and the stage is a flatter plane with fewer gimmicks, taking random elements out and refocusing the match on pure skill. Sakurai, in finding a balance between the casual and the hardcore, is appeasing Nintendo’s board and instilling trust back into the most dedicated fans. But there are still a few things fans want to see before replacing Melee for the new Super Smash Bros.

Nintendo has had a very rigid stance on deploying gameplay updates after a game’s release, believing that the shipped product should be the end product. Yet considering how easy it is to deploy an update in the Internet age, this policy is somewhat mind-boggling.

Balancing has been such a problem with Smash Bros. in fact, that a group of dedicated fans have created mods for Brawl that tweaks and rebalances the game. And despite its high ideals, Nintendo itself has actually been guilty of releasing updates after the launch of a product. This was notable in the case of the Wii U, which was met with a 1GB patch on day one.

If Nintendo promises to support Smash Bros. for years to come, that will instill gamers with a lot of hope. And that will be better for Nintendo’s bottom line.