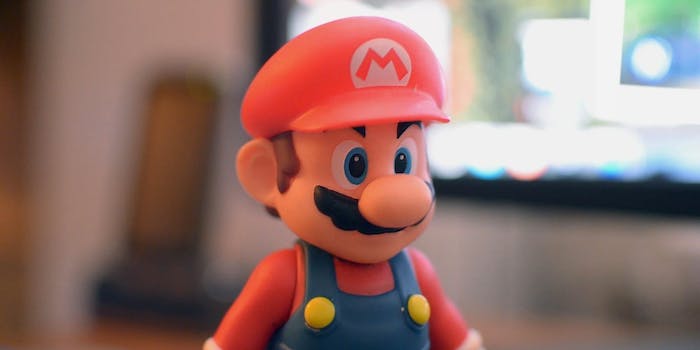 Mario, the world’s most famous video game plumber, has left his signature trade

He's been in that line of work for more than 30 years.

Mario of Super Mario Bros. has come a long way since Mario battled Donkey Kong more than 35 years ago. He has traveled all over the world, became an athlete, a doctor, and a professional go-kart driver, and even starred in a terrible live-action movie. Amid his many, many adventures saving Princess Peach and the Mushroom Kingdom from the likes of Bowser, however, he has always had a much more normal and stable job—at least until now.

Mario has a new and updated profile on Nintendo’s Japanese website, and according to a translation from Kotaku, Mario is no longer employed as a plumber.

All around sporty, whether it’s tennis or baseball, soccer or car racing, he [Mario] does everything cool. As a matter of fact, he also seems to have worked as a plumber a long time ago…

To be fair, plumbing wasn’t Mario’s first job. When he fought Donkey Kong in 1981, he was employed as a carpenter due to the game’s construction site setting, but that changed once Luigi and the underground settings were incorporated in 1983’s Mario Bros. Mario’s career as a plumber was a key part of him no matter what kind of powers he gained from mushrooms, flowers, leaves, and stars. He was the little guy who saved the princess and saved the world.

Change is hard, and Twitter quickly took notice that the world’s most famous video game character has changed jobs.

Look it's simple. Mario is an Italian plumber who fights evil turtles & mushrooms ruled by a dog-turtle-dino-dragon who kidnapped a princess

Maybe not professionally but come on guys, you don’t just unlearn a skill like that because you play tennis and shit https://t.co/BLA9VUoJb2

Even the fact that we learned about Mario’s unemployment on Labor Day wasn’t lost on people.

mario lost his job on labor day are you fucking kidding me https://t.co/WRqd1b8V5M

But you know what? Maybe it could be a good thing. At 36, he’s still got plenty of time to try out some new careers.

Heard Mario officially isnt a plumber anymore. See you dont have to only be one thing! Congrats on breaking out of that societal box my dude

And maybe he wasn’t such a great plumber anyway. Have we ever actually seen him at work?

Imagine if Mario was your actual plumber though. Come back from making him a cup of tea and find him jumping on your pet tortoise. Liability

No matter why he’s no longer plumbing, we hope he’s happy. We tip our hats off to you.