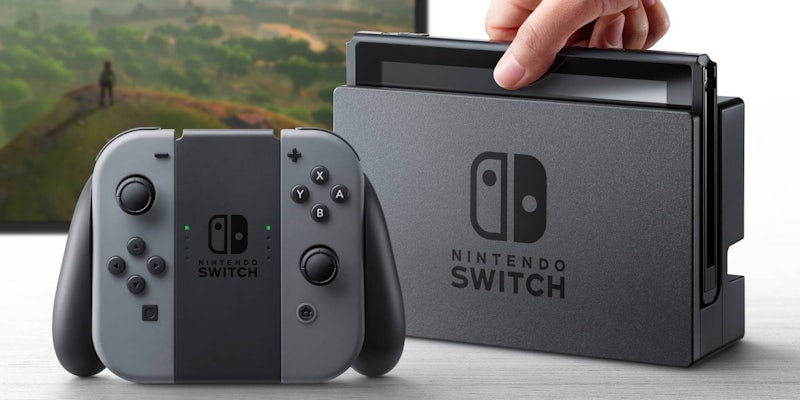 All of your Nintendo Switch questions are about to be answered.

Nintendo is finally giving fans a closer look at the Nintendo Switch tonight at a special live event in Tokyo.

There are several ways to tune in to a livestream of the presentation, which starts at 11pm ET (8pm PT). You can watch the stream directly from the Nintendo Switch homepage, or take your pick from streams on Twitch and YouTube.

No matter how you choose to watch, there are a couple key points you can expect to hear from Nintendo. At the most basic level, Nintendo should reveal the release date and price point for the console/portable hybrid. Fans are also eager to hear about specs for the machine, what games we can expect at launch, and how Switch utilizes Nintendo’s Virtual Console marketplace.

We could also get an update on the long-awaited Legend of Zelda: Breath of the Wild, which many hope will be a launch title for the new console.

Given the difficulty of getting Nintendo’s Wii U at launch and more recently the NES Classic mini, fans eager to get their hands on the Switch should keep a close eye on retailers for the opportunity to preorder. Amazon and other retailers including Target and Toys ‘R’ Us have email sign-ups to notify you when preorders become available. If Nintendo’s other recent console launches are any indication, preorder slots will fill up fast.

While Nintendo is expected to touch on launch titles at tonight’s presentation, a Nintendo Treehouse event Friday at 9:30am ET will take a closer look at some of the games coming to Switch.