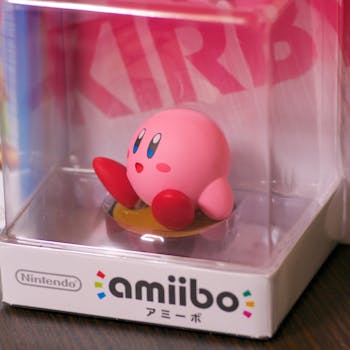 Nintendo has an Amiibo problem

How Nintendo gets gamers to buy the same thing twice.

Nintendo appears to be milking every penny from its latest, sorely needed hit—highly sought-after Amiibo figurines.

In case the word “Amiibo” sounds alien to you, let me get you brought up to speed: Nintendo recently launched a line of tiny plastic figures modeled after various video game characters. Each character comes with an NFC chip embedded in the platform it stands on, and this chip is readable by the Wii U gamepad. Each figurine represents an in-game character that can be trained and leveled up, with the training data being saved right on the figure itself.

The success of these follows a few relatively down years for the gaming giant. Ever since the Wii‘s runaway success a console generation ago, it’s been an uphill fight. Sure, the 3DS has been selling well, but the Wii U hasn’t exactly flown off of shelves. Yet the release in 2014 of Super Smash Bros. and Mario Kart 8 meant an upward trend in popularity, and that’s where the Amiibo figures come in.

With demand that is reminiscent of the 2007 hunger for Wii hardware, the popularity of Nintendo’s Amiibo figures has gotten to the point that many are impossible to find in stores. Much like the figures associated with the super popular Skylanders games, Amiibo resellers have begun buying the figures in large numbers and then redistributing them on eBay for a hefty profit. Each figure retails for about $14 if purchased from the store, but prices have gone far north of $100 for characters considered to be especially rare.

Collectors prefer for their purchases to remain in as pristine of condition as possible, which oftentimes means keeping figurines in their original packaging. When the Amiibo retail packaging was first unveiled it seemed reasonable to assume that the tiny figures could be used for their gaming purpose while allowing them to remain preserved in original packaging. This has been true of many Skylanders figures as well as Disney’s Infinity toys, which work in a similar manner.

Unfortunately, things haven’t worked out that way. Nintendo has taken the elaborate step of modifying its Amiibo packaging specifically for the purpose of preventing buyers from using their Amiibo figures without taking them out of the packages. A special strip of metallic tape comes affixed to the plastic shell that holds the figures in place, preventing the NFC signal from being detected through the box. 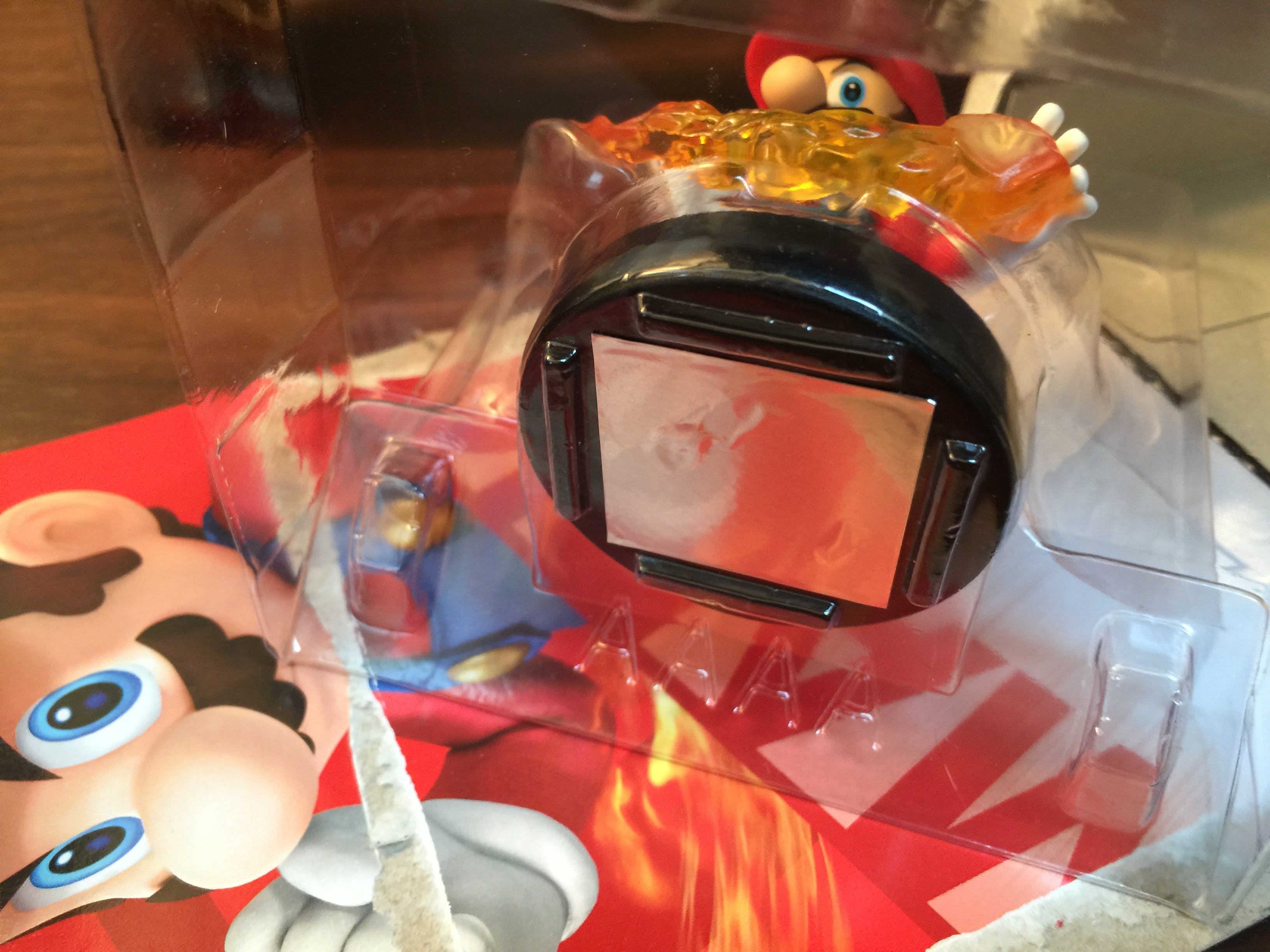 Nintendo’s reasoning for this is somewhat peculiar. According to a Twitter Q&A the primary reasoning is that Nintendo doesn’t want store customers adding things to an Amiibo figure while it’s still in the store. This assumes that a large portion of stores selling Amiibo figures have a Wii U console on display, and that those consoles are equipped with games that actually utilize the Amiibo functionality—of which there are currently only three.

A17: Sorry. You can't use the package. User data is saved to amiibo so they are not readable at stores & in the package #amiiboQuestions -BT

Even though the chances of this all coming to fruition are slim, it would be perfectly understandable for Nintendo to do everything in its power to prevent it from happening… if the data written to an Amiibo was permanent. It’s not. You can go right into the Wii U’s system settings and completely reset any of your Amiibo figures at any time, and on top of that, each figure can only store data from one game at a time, so using it with a different title automatically wipes the data from the figure anyway.

There’s no reason to have that little metal sheet there at all, unless Nintendo wanted to add further fuel to the Amiibo fever by pushing collectors to purchase their figures twice—one for the collection and one to actually use—while at the same time driving the value of the unopened Amiibos even higher.

If that was part of the actual reasoning, it has worked—you don’t have search long to find someone on Twitter or YouTube bemoaning the fact that they’ve bought doubles of all of their favorite little digital videogame toys. There’s even full-on YouTube tutorials showing how to remove the metal sticker without completely destroying the display properties of the retail packaging.

Nintendo would of course never come out and say that it’s elated with a certain segment of particularly dedicated gamers buying its action figures in multiples. But I doubt that it minds.

Photo via Whileimautomaton/Flickr (CC BY 2.0)