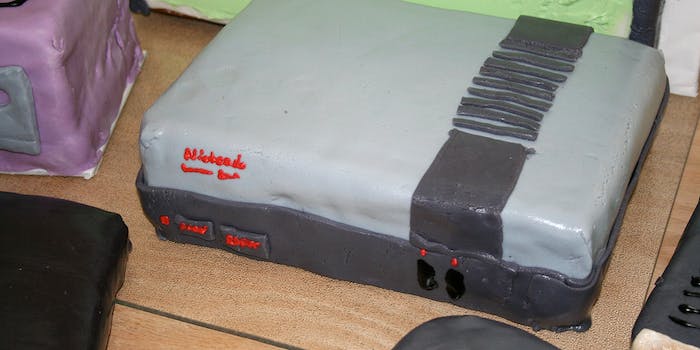 Nintendo was around way before video games.

You knew Nintendo was famous for making video games. What you probably didn’t know is that the company was founded way before video games were invented.

The developer of the Nintendo Entertainment System, which arguably launched the modern game console revolution and made Mario a household name, was founded as a playing card company in 1889.

In the mid-20th century, Nintendo transformed itself into a toy company. Sneerkat.com has posted a really cool look at some of the toys Nintendo released in the 1960s and 1970s, and the only video games you see on the list are some Game and Watch handhelds.

The success of the original Game and Watch devices, released in 1980, are what steered Nintendo in the direction of becoming the video game powerhouse it is today. Modern gamers may have been exposed to the Game and Watch series by the appearance of “Mr. Game and Watch” in Super Smash Bros. Melee on the Nintendo GameCube in 2001.

When teenagers freak out over the appearance of an original NES console, it’s safe to say that hardly anyone, other than the dedicated nerdery of the video game world, remember that Nintendo once didn’t make video games at all. Even though, from a certain point of view, Nintendo is still very much a toy company.

Toy collectors buy action figures, and comic book collectors buy statuettes, not to play with them, but merely to admire the craftsmanship that went into their production.

Nintendo video game systems have historically had a similar appeal. The company has taken risks with the design of their consoles, and their controllers. The N64 controller looked like a nightmare, but had an undeniable charm. The GameCube was literally just that, a cube that played video games, and it was fun just to pick up and hold.

Modern Nintendo systems follow the tradition. The Wii was such a success because the Wii Remote felt so good in the palm of your hand, it made you want to stick around to try the games on the system, even if you’d never played anything like motion-control gaming. It was a toy that even adults just wanted to play with.

The Wii U GamePad might not be as compelling in terms of sucking you into the experience of the console itself, and while it clearly borrows from the ideas of the smartphone and the tablet, the GamePad is unlike anything else on the market, and can be compelling on that count alone. Again, it is a thing that demands to be picked up and played. It is a toy.

Video games are taken so seriously nowadays that referring to any video game as a “toy” is anathema in game culture. Nintendo, however, is a reminder of where video games come from, and that just being fun is still a worthy goal.