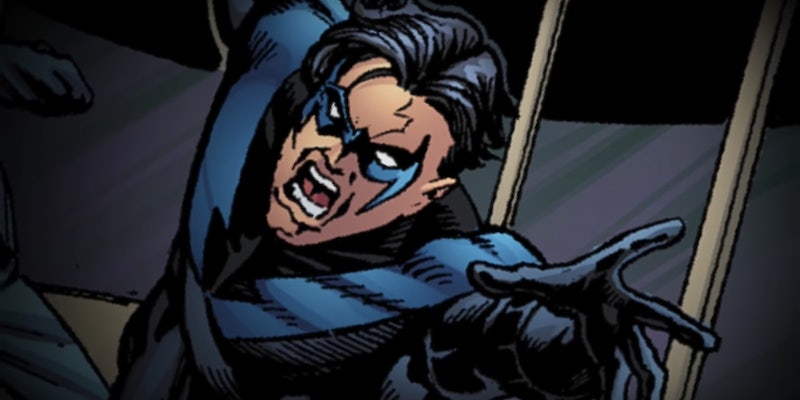 Warner Bros. is working on a Nightwing movie

He's latest DC hero to make the jump to the big screen.

Warner Bros. is planning to bring a DC Comics fan favorite to the big screen.

First reported by The Hollywood Reporter, a Nightwing movie is in the works with negotiations to bring The Lego Batman Movie‘s Chris McKay on board to direct. McKay is already working on a script.

Nightwing, who’s also known as Dick Grayson, was first introduced as a young ward of Bruce Wayne after the murder of his own parents and later became the series’ first Robin. Dick Grayson eventually started to fight crime under the moniker Nightwing as others took up the Robin mantle and he led the Teen Titans. The character is now considered a major sex symbol in comics, in part because of the original design for Nightwing’s costume. The sentiment has endured long after his costume changed.

How Nightwing will tie into the rest of the DC Extended Universe is unclear. Robin’s suit is shown briefly in Batman v Superman with “Hahaha Joke’s On You Batman” written on it, and director Zack Snyder explained that Robin was killed by a younger Joker about 10 years prior to the film. The movie, nor Snyder, doesn’t specify which Robin it is—the backstory is associated with Jason Todd’s Robin—so it’s possible that Dick Grayson is free to run around Gotham. (Five characters have portrayed Robin in the comics including Dick Grayson.)

It’s too early to have a shortlist for casting, but Big Hero 6’s Ryan Potter put up his name for consideration months before the announcement was made. And coincidentally, McKay has already directed Nightwing in The Lego Batman Movie. The Lego version of Nightwing was voiced by Michael Cera