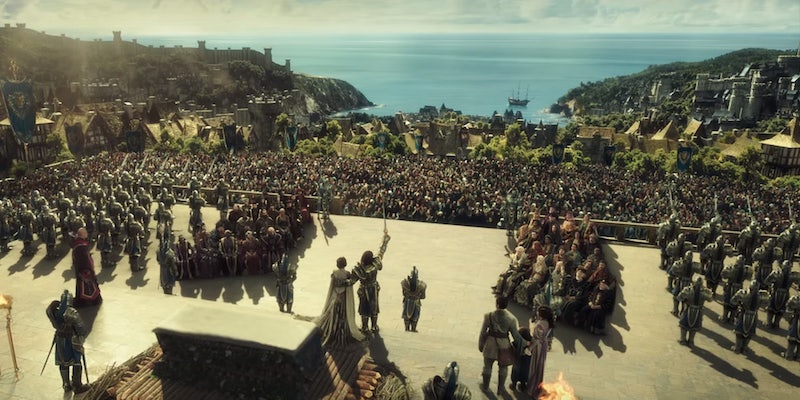 Yet another challenger steps forth in the battle to make a good video game movie.

The first official trailer for the Warcraft movie premiered today at Blizzcon, the annual convention for all things Blizzard Entertainment.

After extremely poor-quality video of the Warcraft movie leaked out of San Diego Comic-Con in July, it’s safe to say that lots of Warcraft fans have been waiting to see some proper footage from the movie.

The Warcraft movie is not based on the massively multiplayer game World of Warcraft. It’s actually based on Warcraft: Orcs & Humans, the real-time strategy game released in 1994 that kicked off the Warcraft franchise.

The new trailer shows the Orc race fleeing its homeworld to the world of Azeroth, and how the human empire based in the city of Stormwind reacts to their arrival. Of course war is in the offing: It’s in movie’s title.