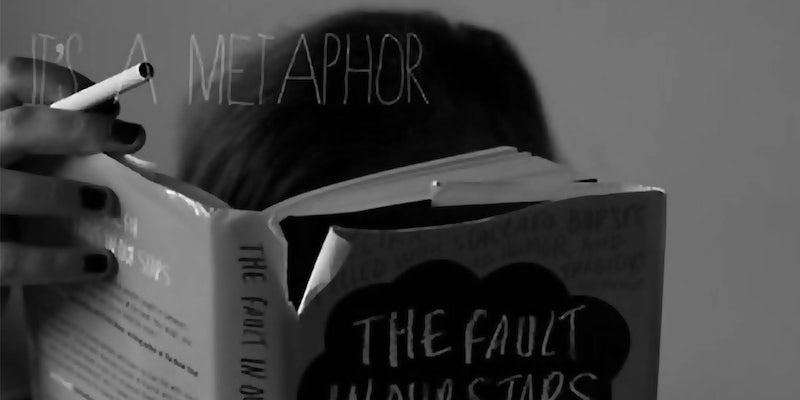 This article will only kill you if you set it on fire. It's a metaphor.

Fans have been waiting impatiently for the new film adaptation of The Fault in Our Stars, the acclaimed Young Adult novel that helped catapult John Green from fandom favorite to Internet stuperstar. Earlier this week, fans got a peek at the first clip from the movie—a snippet of an awkward but sweet meet-cute between the two main characters, Hazel and Gus.

Instead of no-holds-barred excitement, however, Tumblr and the rest of the John Green fandom wound up dropping everything and doing what they do best: affectionate mockery. As little-blue-aeroplane put it:

This week on Tumblr:

What happened to turn Tumblr into an existential playground? Take a look at the clip. See what Gus does at the end?

Tumblr greeted the long-awaited scene with a mixture of excitement and amusement, but Gus’s “metaphor” moment took the community by storm. Fans churned out “metaphor” comparisons and parodies in the middle of intense debate about whether an unlit cigarette was actually a metaphor. 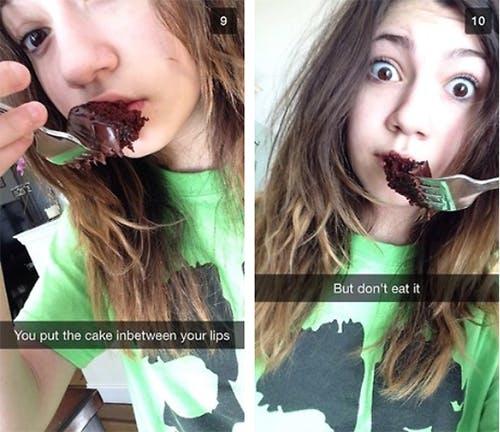 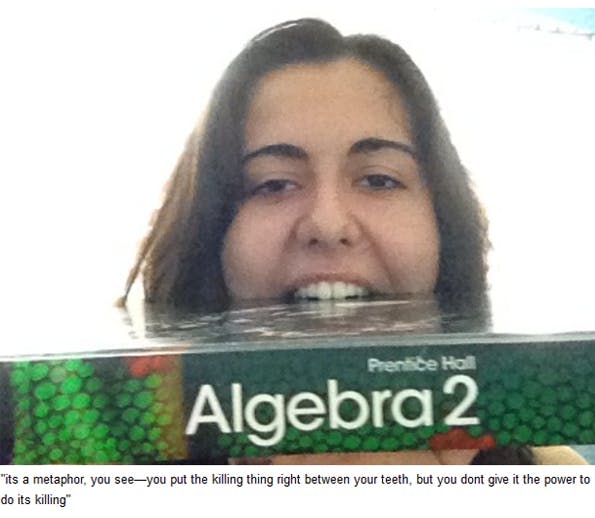 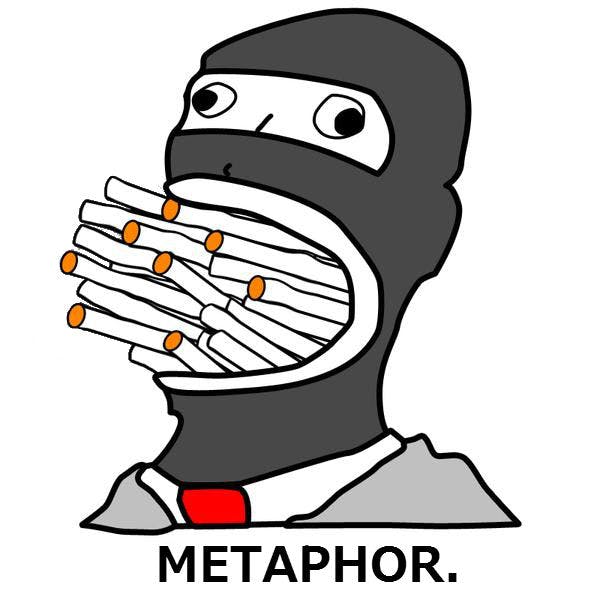 “‘No One Will Shut The Hell Up About The Metaphor And It’s Literally Every Other Post On My Dash’: the saga,” wrote beleaguered Tumblr user 10thdoctors-companion, posting a roundup of all the “metaphor”-related posts on her dash. User australian-government summed up the reaction of Skeptical!Tumblr:

Between all the jokes, memes abounded: 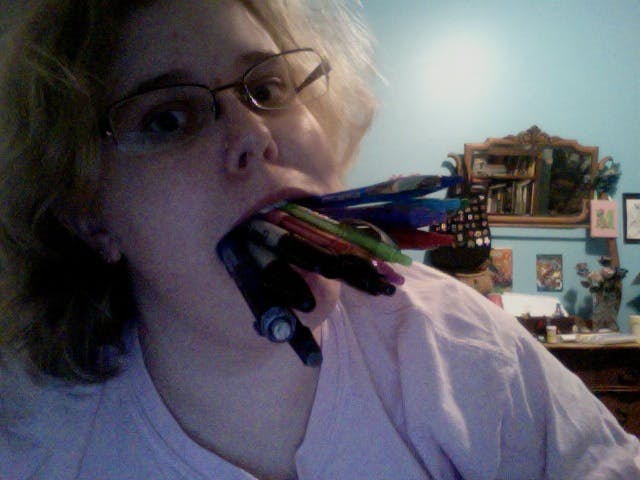 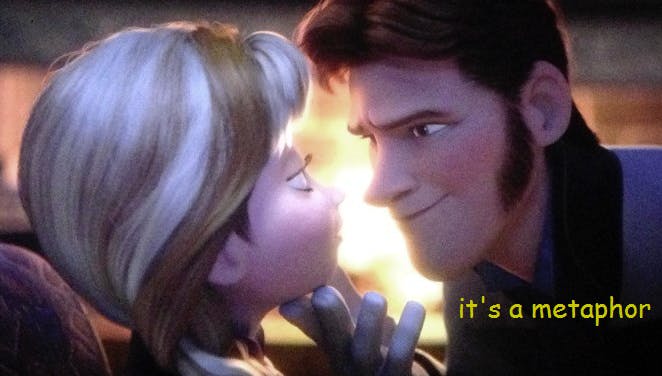 Reaction to the joke itself as an indicator of the movie’s quality varied. 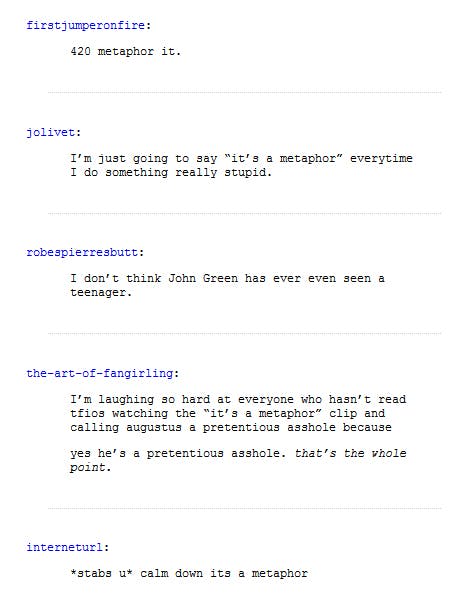 But a few anxious fans were worried the joke would wear thin. “This is going to ruin TFIOS for the wider public,” wrote tfios-countdown.

It’s going to be the new “I VOLUNTEER AS TRIBUTE”: a cheap way of ruining an important aspect of a complex book and reducing it to “YA books are silly’.

But that is so sad, because YA books are life-changing, meaningful, wonderful, and anything but silly.

As for Green, he let it be known he thought the meme was hilarious.

So play on, Tumblr. Just remember not to light up when you’re making the Internet a funnier place.