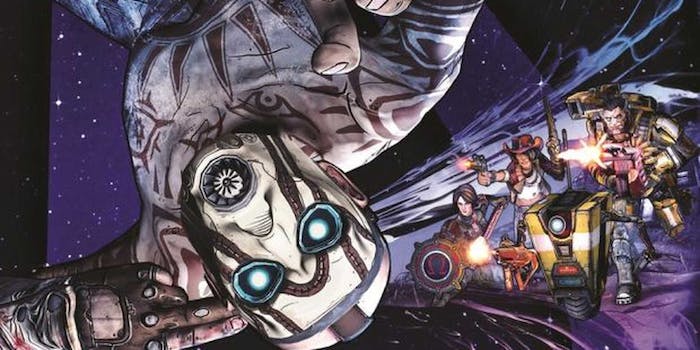 ‘Borderlands the Pre-Sequel’ takes us to the moon

During E3, we were able to get a hands-on demo of the current build of the game.

Oh gosh, a third Borderlands game. With two games already under the series’ belt, many were left confused of the oddly titled threequel. Firstly, the game would only be released for PC, Xbox 360, and PS3, not the newer next generation consoles. Secondly, had two years really been enough time to reinvent the Borderlands wheel?

During E3, we were able to get a hands-on demo of the current build of the game. Surprisingly, (or unsurprisingly depending on how you look at it) things did feel fresh. Instead of playing on Pandora, players will get to play on Pandora’s moon. The moon, with its lower gravity, allows for some pretty fun gameplay experiences.

While on the moon, players can enable a double jump by using their oxygen reserve to propel themselves upward. It works a bit like movement does in the Dark Souls games. It demands players to be careful, because running out of oxygen can definitely slow you down. Not to fret though, there are ways to regain oxygen so that you can continue soaring through space.

Back is the same great online co-op gameplay, with tons of loot, and running across the map to revive allies. We got to play the PC build of the game, and things were looking rather impressive. Sound continued to stay at the high level of quality known for the series and the visuals were fantastic. If you have a PC, you’re probably set to play the highest quality version of Borderlands to date. Sadly, PS3 and Xbox 360 versions of the game were not playable. Those versions will probably look similar to past iterations.

Borderlands the Pre-Sequel is set to release holiday this year.