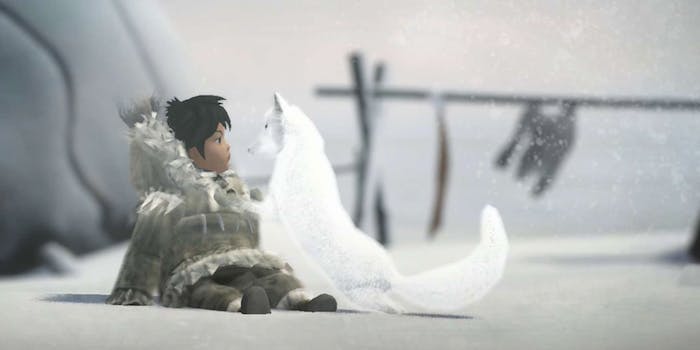 This is one amazing way to start a conversation.

Very seldom do we see a new game that presents itself as a means of cultural discussion.

Never Alone, or Kisima Innitchuna for those of you who speak Inupiat, is a game being developed by Upper One Games. The studio wants to bring “world games” to the medium and help facilitate the celebration of culture.

It’s a bold new direction for a game to take—to act as an interactive window to educate people about diverse ways of life. From the trailer, it’s clear that the game was made with a lot of reverence for Inuit culture, a reflection of the partnership with E-Line Media and members of the Cook Inlet Tribal Council. CITC actually created Upper One Games and the studio is wholly owned by the Native Alaskan organization. The CITC has helped bring together storytellers, Inuit artists, and game developers to collaborate on this landmark project.

The game has an almost Pixar-like bounciness, with expressive art and a dream-like glow. Here’s hoping that other cultural organizations can bring together talented individuals to create games that celebrate their heritage. Never Alone is slated to come out this fall for PS4, Xbox One, and PC.

Image via Upper One Games