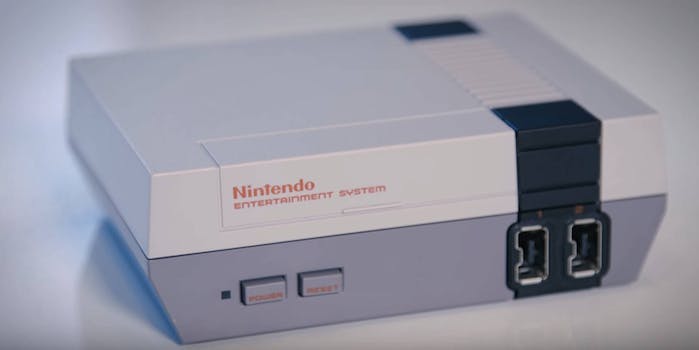 Be careful. You might end up bricking your NES Classic.

If the 30 games readily available on the NES Classic aren’t enough, hackers have figured out a way to score even more games that will make you nostalgic for the way gaming used to be.

As reported by Ars Technica, hackers in Japan and Russia have discovered a modification that can allow users to find new classic games.

First, you need to create a save file in Super Mario Bros, which you’ve probably already done anyway. Then, connect the NES Classic to a computer with a micro-US cable and boot it in “FEL” mode (hold the reset button while pushing the power button).

Then, as Ars Technica writes:

While you’re booting, you should also run a “sunxi-FEL” interface on your computer. (An open-source version of compatible “USBBoot” software can be found here.) The rest of the steps land firmly in “operate at your own risk” territory, as they require copying your NES Classic’s internal data to your computer, then modifying and adding files via an application made by hackers. Doing so, by the way, includes the dubious step of supplying your own ROM files, which you may have either dumped from your own cartridges or downloaded from other Internet users. One tool linked from that Reddit community, however, comes with two open-source NES ROMs that are in the legal free-and-clear to upload to your hardware.

Once you’ve added your own game files, which should also include custom JPGs that will appear in the NES Classic’s “box art” GUI, you’ll have to repack the hardware’s kernel, then fully flash the hardware yourself. (Again, we remind you, these kinds of technical steps can result in a bricked NES Classic if anything unexpected happens.) Do all of those steps correctly, and you’ll see every single game you’ve added appear in the slick, default interface.

Or, if you’re more of a visual learner …

The r/NESClassicMod subreddit took the news of a hack from the Russian gaming community, GBX, and posted another step-by-step process on how to hack into your NES Classic. If you are familiar with the coding language, like “log memboot” and “log flash kernel,” then this alternative may be for you. 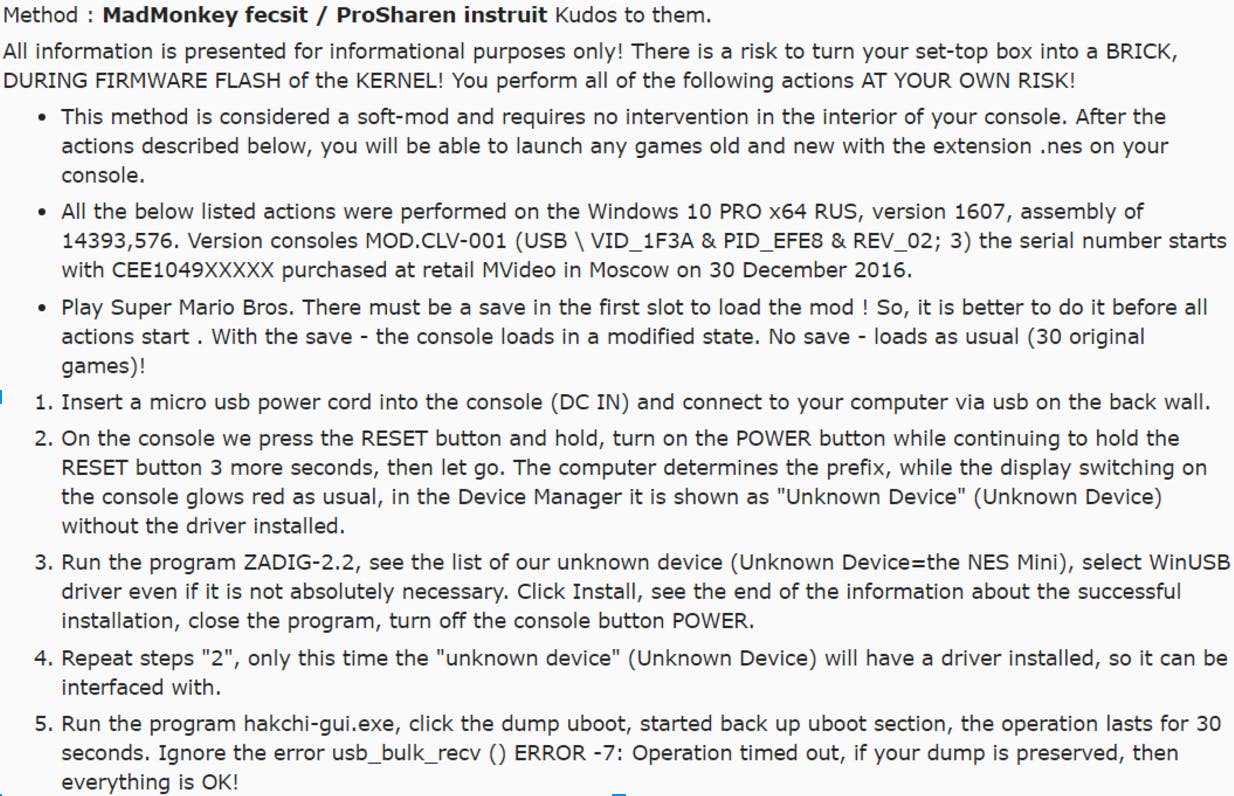 Of course, you should take caution. If you mess this up, you might render your system useless. And as you probably know, the NES Classic isn’t always easy to find.