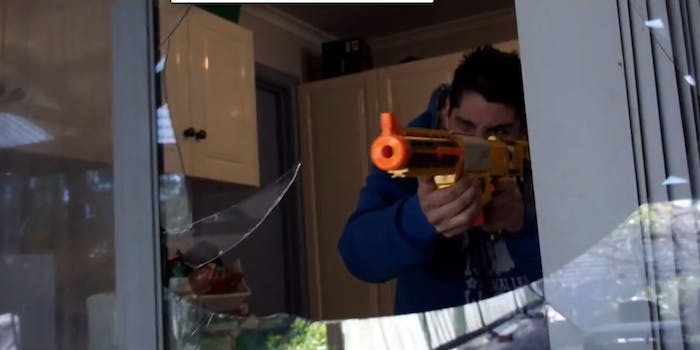 Things get a little extreme.

The guys from the YouTube comedy channel RackaRacka are back and wreaking more wanton destruction on their quaint suburban dwelling.

Fully recovered from their battle between a Star Wars lightsaber and Harry Potter wand, the guys have now acquired a series of Nerf guns. What starts out as a simple, friendly battle quickly turns into an all-out war. Many rounds of foam ammo are unleashed, windows are broken, and, of course, there are explosions.

If the RackaRacka guys ever get ahold of paintball guns, we may very well see the beginnings of World War III unfold.