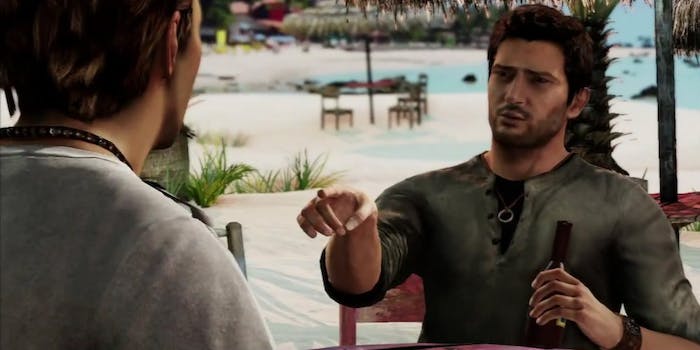 Nathan Drake from the popular Playstation-exclusive franchise Uncharted is kind of like a combination of James Bond and Indiana Jones. And he’s such a whiner.

You’d think after three games’ worth of collapsing ruins, gun fights, and other harrowing situations he’d be calmer about these situations. In this supercut from the Uncharted games, he can’t stop expressing his stress with a single, repeated word.

Drake shouldn’t worry so much. There’s no way in hell Sony would ever let him die. The Uncharted games are system-selling moneymakers, after all. Uncharted 4 is currently in development.