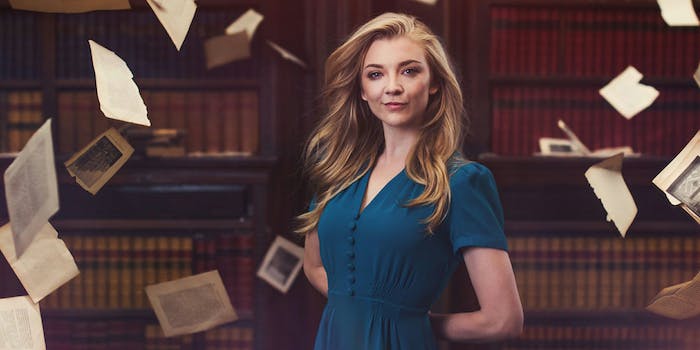 The audiobook will also include interviews with people who worked on the series.

Game of Thrones star Natalie Dormer will narrate the audiobook for Harry Potter: A History of Magic, bringing one of Westeros’ powerful voices to the Wizarding World.

However, the audiobook will also include interviews with a number of people who’ve worked on the series and the Harry Potter exhibit like Jim Dale and Stephen Fry (who narrated the U.S. and U.K. editions of Harry Potter, respectively), illustrators Jim Kay and Olivia Lomenech Gill, and British Library and New-York Historical Society curators who worked on the exhibit.

In an intro video, Dormer teased what the book had to offer, including “a charm to make yourself invisible, tips on how to capture a Basilisk, and a crystal ball that belonged to a witch known as Smelly Nelly.”

“I’ve always adored the Harry Potter books, but it wasn’t until I started speaking with the British Library’s curators—hearing about the various myths, legends, and cultures that have helped shape the wizarding world—that I really began to appreciate the richness and depth of J.K. Rowling’s writing,” Dormer said in a statement. “There are so many wonderful details to explore, and A History of Magic unearths some remarkable gems of information that are sure to have listeners awestruck. It’s been fun to join the Wizarding World family.”

The audiobook will be released Oct. 4—one day before the exhibit opens at the New-York Historical Society—and is available to pre-order on Audible. And those attending the exhibition will also get a slice of Dormer’s narration: she’s voicing the audio guide as well.