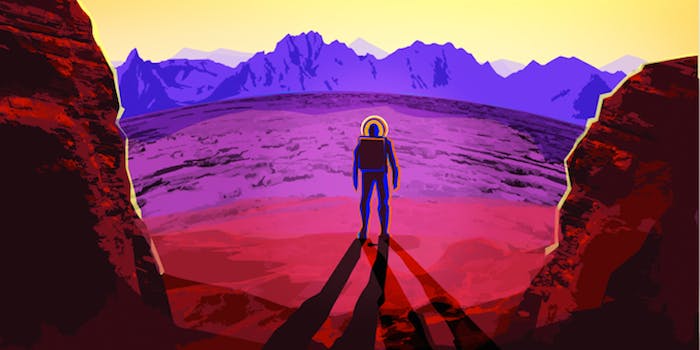 These NASA travel posters will make you eager to hop on the next spaceship.

Get ready to pack your suitcases. NASA has created a series of beautiful vacation posters for exoplanets that will make you eager for recreational space travel to become a reality.

The exoplanets featured were discovered by NASA’s Kepler mission, which is continuing to find new exoplanets within the potentially habitable “Goldilocks Zone” of stars. The art on each poster imagines what the exoplanet might look like and is from the fictional “Exoplanet Travel Bureau.”

Check out these concept-art posters on what it could be like to visit some exoplanets! http://t.co/Z9eQid8aHD #aas225 pic.twitter.com/BVmnj5Ho6g

Each poster is accompanied by a catchy travel slogan and information about the planet. While there are only three posters so far, as Kepler keeps making new discoveries we’d love to see NASA’s take on each one.

Learn about each planet and see all three posters below. 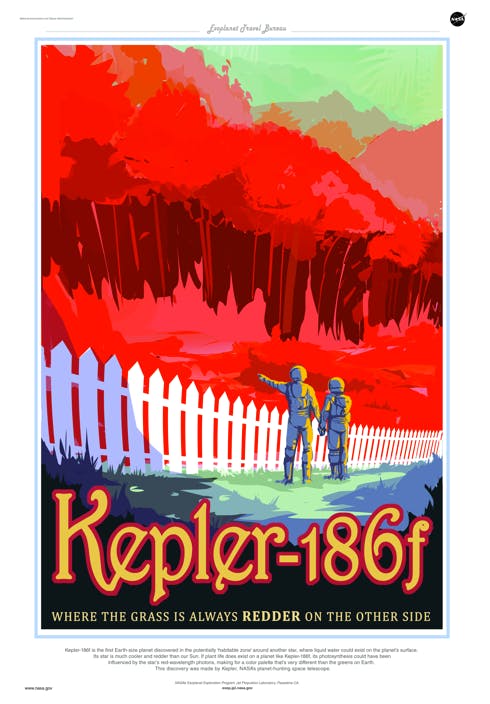 Where the Grass is Always Redder on the Other Side

Kepler-186f is the first Earth-size planet discovered in the potentially ‘habitable zone’ around another star, where liquid water could exist on the planet’s surface. Its star is much cooler and redder than our Sun. If plant life does exist on a planet like Kepler-186f, its photosynthesis could have been influenced by the star’s red-wavelength photons, making for a color palette that’s very different than the greens on Earth. This discovery was made by Kepler, NASA’s planet hunting telescope. 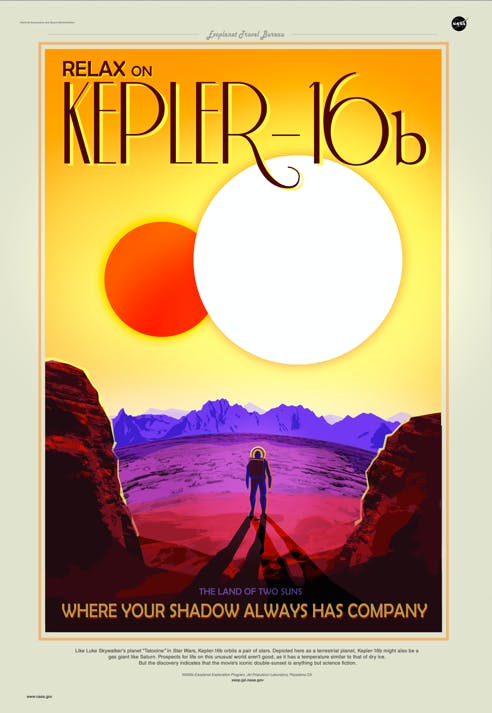 Relax on Kepler-16b – Where your shadow always has company

Like Luke Skywalker’s planet “Tatooine” in Star Wars, Kepler-16b orbits a pair of stars. Depicted here as a terrestrial planet, Kepler-16b might also be a gas giant like Saturn. Prospects for life on this unusual world aren’t good, as it has a temperature similar to that of dry ice. But the discovery indicates that the movie’s iconic double-sunset is anything but science fiction. 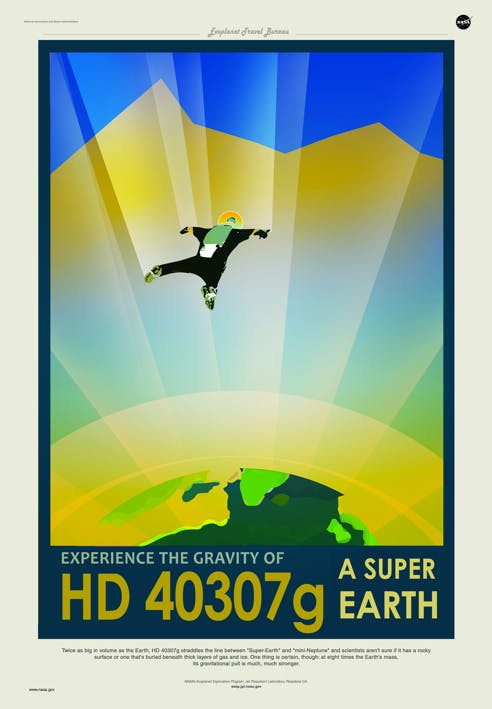 Experience the Gravity of a Super Earth

Twice as big in volume as the Earth, HD 40307g straddles the line between “Super-Earth” and “mini-Neptune” and scientists aren’t sure if it has a rocky surface or one that’s buried beneath thick layers of gas and ice. One thing is certain though: at eight time the Earth’s mass, its gravitational pull is much, much stronger.

Update 5:57pm CT, Jan. 8: These posters do not depict the most recently discovered exoplanets.