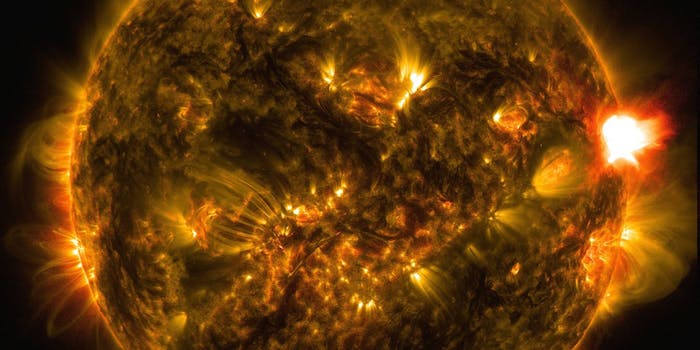 You need to see this image.

The year is barely two weeks old and NASA is already seeing a lot to love in the cosmos. Between announcing new discoveries, releasing stunning images, and sharing exoplanet posters, the space agency is starting 2015 strong. This week continues that trend, as NASA has released an amazing image of year’s first significant solar flare.

The mid-level solar flare was captured recently by NASA’s Solar Dynamics Observatory (SDO), which is constantly watching our sun. The eruption, which NASA calls an M5.6-class flare, can be seen in the image below as the bright spot on its right side. 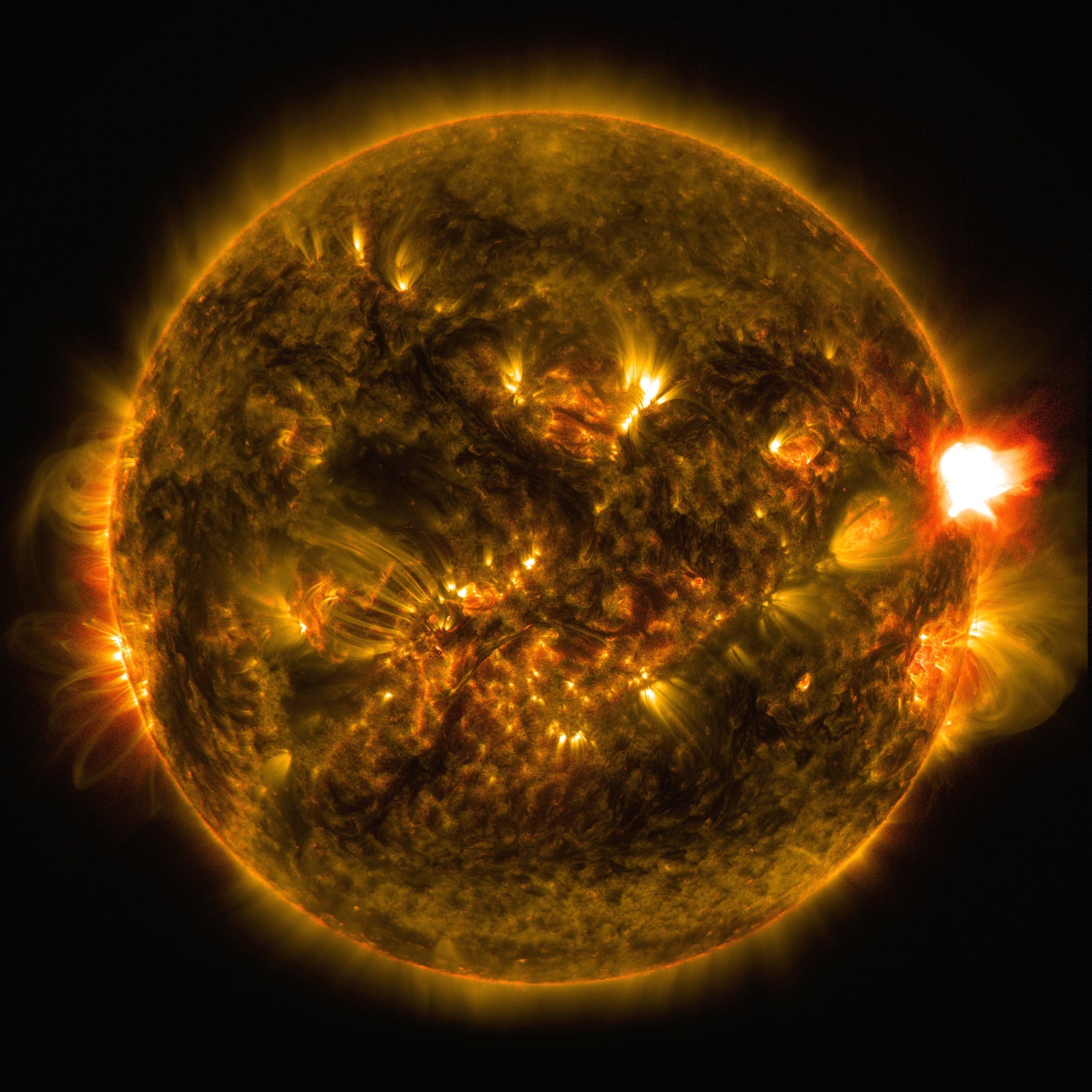 According to NASA, “the image blends two wavelengths of light—171 and 304 angstroms—as captured by” SDO.

“M-class flares are a tenth the size of the most intense flares, the X-class flares,” NASA explained in a statement. “The number provides more information about its strength. An M2 is twice as intense as an M1, an M3 is three times as intense, etc.”

NASA caption: Giant magnetic loops dance on the sun’s horizon in concert with the eruption of a solar flare—seen as a bright flash of light—in this imagery from NASA’s Solar Dynamics Observatory, captured Jan. 12-13, 2015.

Space.com reports that the U.S. Space Weather Prediction Center noticed a brief radio blackout in some sunlit regions of Earth as a result of the flare.

You can learn more about solar flares and space weather on NASA’s website.