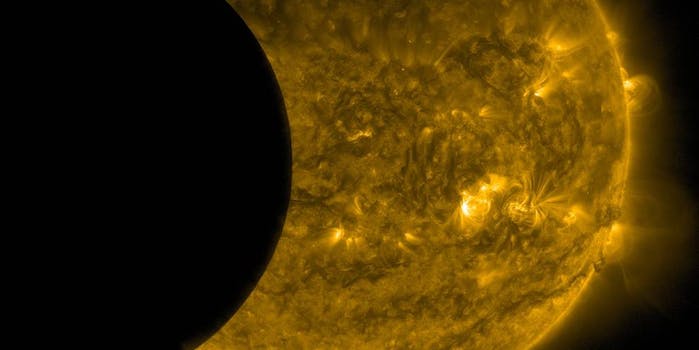 NASA's sun-watching platform has never seen this before.

Just as the moon was entering the view of the Solar Dynamics Observatory (SDO) on its course to block the sun, the Earth appeared, too, blocked SDO’s view entirely.

“When SDO’s view of the sun emerged from Earth’s shadow, the moon was just completing its journey across the sun’s face,”  NASA explained. “Though SDO sees dozens of Earth eclipses and several lunar transits each year, this is the first time ever that the two have coincided. This alignment of the sun, moon and Earth also resulted in a partial solar eclipse on Sept. 13, visible only from parts of Africa and Antarctica.” 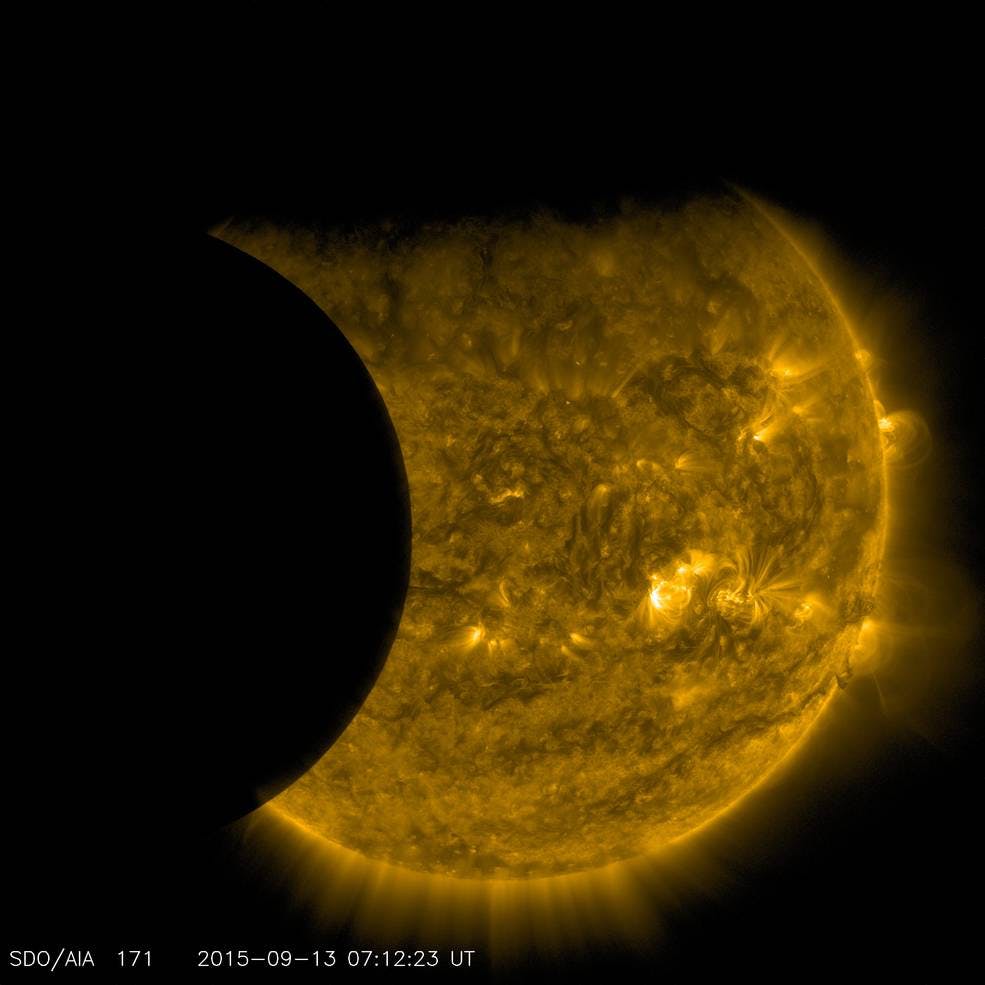 According to NASA, the Earth’s outline looks fuzzier than the moon’s during this event because “while the planet itself completely blocks the sun’s light…Earth’s atmosphere is an incomplete barrier, blocking different amounts of light at different altitudes.”

“On the other hand,” NASA said, “the moon has no atmosphere, so during the transit we can clearly see the crisp edges of the moon’s horizon.”

NASA’s Scientific Visualization Studio made a video of the epic “double photobomb.” You can learn more about the Solar Dynamics Observatory on NASA’s website.