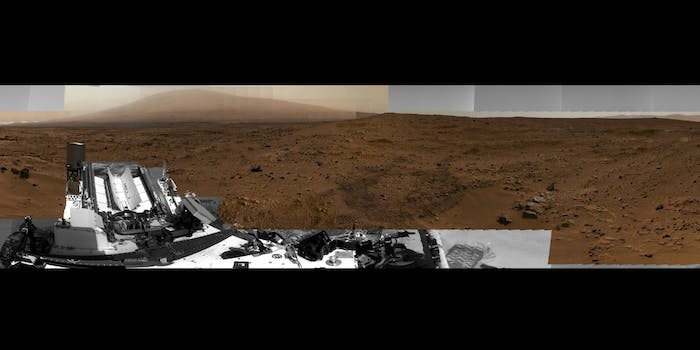 The Curiosity rover lives up to its moniker with this curious new video.

We’re one step closer to getting Google Street View on Mars thanks to a new 360-degree video of the red planet.

The interactive video, taken from NASA‘s Curiosity rover, is a bit more limited than a Street View shot; you can only swivel around from one fixed location. You can look at some rocks and sand, and you can see bits of Curiosity itself, but you can’t explore beyond that point.

This, however, is just an appetizer for a virtual-reality Mars simulator that NASA plans to roll out this summer.

We had trouble running the video on iOS, but it worked fine on Google Chrome. Check it out below, or view it on NASA’s website.