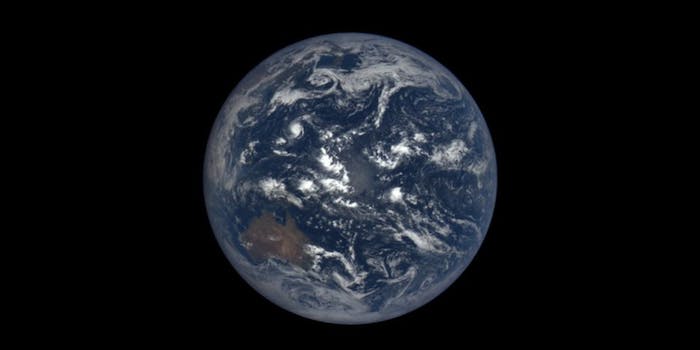 You can see what the Earth's sunlit side looks like all day with these photos.

Anyone who’s ever wanted to see more of what the Earth looks like from space is going to be able to get their fill thanks to a new website launched by NASA on Monday.

NASA will share about a dozen photos of Earth’s sunlit side everyday on the site. All of the images will be from the past 12 to 36 hours and are captured with the Earth Polychromatic Imaging Camera (EPIC) on the Deep Space Climate Observatory (DSCOVR), about a million miles away from Earth.

According to a statement, the sequence of images each day will show the planet rotating, revealing the entire globe through the day. The site also includes an EPIC image archive that visitors will be able to search by date and continent.

“The primary objective of NOAA’s DSCOVR mission is to maintain the nation’s real-time solar wind monitoring capabilities, which are critical to the accuracy and lead time of space weather alerts and forecasts from NOAA. NASA has two Earth-observing instruments on the spacecraft. EPIC’s images of Earth allow scientists to study daily variations over the entire globe in such features as vegetation, ozone, aerosols, and cloud height and reflectivity,” NASA states.

You can learn more about the site in NASA’s release and see photos of the Earth on the new website right now.