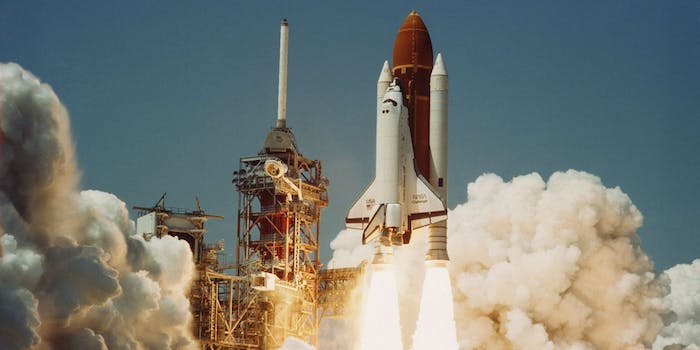 NASA honors Challenger and Columbia space shuttle crews in an exhibit at the Kennedy Space Center.

For the first time ever, NASA is publicly displaying some of the wreckage from the Challenger and Columbia shuttle disasters.

Challenger and Columbia were two of the greatest tragedies in NASA’s history of space exploration, as both shuttles were destroyed with all astronauts onboard.

The “Forever Remembered” exhibit opened quietly at the Kennedy Space Center at the end of June. As a permanent memorial to the astronauts who died during the two historic shuttle crashes, it focuses more on the lives of those astronauts than on the disasters themselves.

While the exhibit includes a piece from each of the wrecked shuttles (which in the case of Challenger had to be exhumed from an abandoned missile silo in Cape Canaveral), the rest of the space is taken up with details from the astronauts’ lives.

For Challenger commander Francis “Dick” Scobee, this meant a display case containing a helmet from the biplane he used to fly with his wife June. Columbia commander Rick Husband’s display includes a pair of cowboy boots and a Bible.

Shuttle engineer Michael Ciannilli has been in charge of the Columbia and Challenger wreckage in recent years, and he decided on the exhibit’s subtle, respectful tone. For him, this meant purposefully leaving out any footage from the disasters themselves, and instead focusing on the strength and dignity of the spacecrafts and their crews.