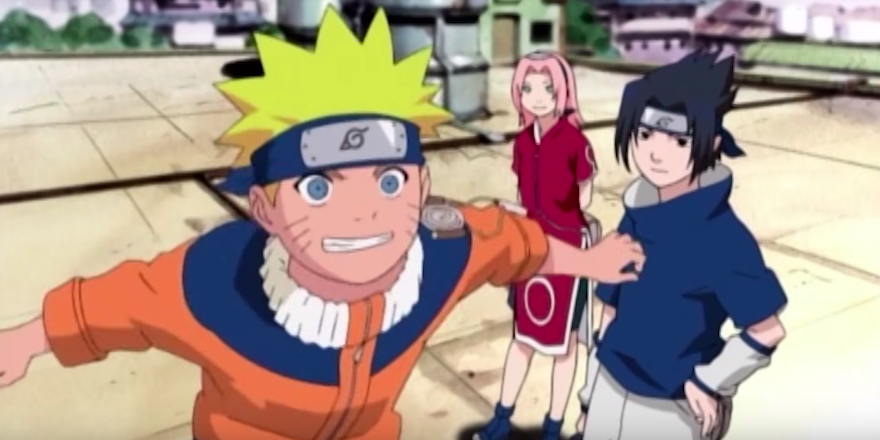 ‘Naruto’ fans react to an ending 15 years in the making

It's the last chapter of Harry Potter all over again.

Naruto, one of the biggest manga phenomenons in recent memory, has finally come to a close—and as with all the other great Endings, it’s controversial.

Basically: all those tongue-in-cheek parallels between Harry, Ron, and Hermione and Naruto, Sasuke, and Sakura that you’ve read all these years? They turned out to be more accurate than we ever feared.

The growth and adventures of Naruto, Sasuke, Sakura, and their friends and enemies in the ninja-friendly town of Konoha has lasted 15 years, covered a whopping 700 chapters, and spawned one of the most popular anime series in history. Needless to say, a lot was riding on the ending. (And needless to say, there are spoilers from here on out, so be warned!)

Much like the Epilogue from Harry Potter, Naruto’s creator Masashi Kishimoto may have given fans too much information—at least about the utimate fates of the main trio and their lives in the future.

The last chapter of the manga, chapter 700, is set roughly a decade or so in the future. It’s extremely similar to the controversial last chapter of the last Harry Potter book, in that it presents One Big Happy Konoha Family: Everyone paired off, married with children.

To sum it up as redditor darksaber14 did on r/Naruto:

Even Rock Lee had the sex.

Yes, seriously. Fans who were hoping the series might end without confirming ships were facepalming at the “married with kids!” aspect of the ending. Not only do Naruto and Hinata have a son named Bolt, but, borrowing from Harry “I’ll name my kid Albus Severus because that won’t scar him for life,” Sasuke and Sakura name their daughter “Sarada,” which, er, means “salad.”

That’s right. Salad. Even better, Salad seems to have a burgeoning crush on Bolt.

Fans were divided over the final confirmation of Sasuke/Sakura, which has long been the most controversial ship in the fandom. While presumably Sasuke/Sakura was always the series’ destined romance, the ninja trio was tightknit and complicated, and let’s face it, any variation of the love triangle could have been plausible (cough).

Fans of Naruto/Sasuke can at least take comfort that the entire penultimate chapter, 699, was all about their epic series-long love story, with the two of them lying side by side (temporarily armless–don’t ask) on top of a giant mountaintop of the two of them holding hands, while Sasuke reminisced about how much Naruto loved him all along. Even better, Naruto apparently held on to Sasuke’s headband for roughly six years and 300 chapters, finally giving it back to him in a moving panel that symbolized Sasuke’s redemption and return to the ninja fold.

there’s no way sasuke and naruto wouldn’t have been holding hands i’m glad this is pretty much undeniable now pic.twitter.com/TLnmH9EWoM

But fans of Naruto/Sakura were out of luck. Here’s heartbroken NaruSaku shipper captain-kat-celestial:

I’m so upset right now, I just deleted everything Narusaku related in my computer, I tore up all my narusaku drawings that were hanging on my wall for years now, I threw away all my naruto manga & DVD collection into the garbage, I ripped apart all my posters…I literally wanted to burn everything instead but I live in apartments so I obviously can’t start a fire. I’m not bashing or anything I just feel like all of this was pointless…completely pointless. I wasted so much money…so much time… I can never get back…

Despite being overwhelmingly popular, the Naruto manga was also notoriously slow-paced. At one point, fans who were only watching the anime series had to slog through two years worth of filler eps while the studio waited for the manga to advance to the point where the main plot could progress. While the new anime series, Shippuden, was dark and complicated, many fans were afraid it would all end in twee happy endings and overly pat conclusions to storylines, with Sasuke fully redeemed and domiciled and Naruto, essentially unchanged, finally becoming the seventh Hokage. Which, well, is exactly what they got. Tumblr user pokethoughts:

Dat ending to Naruto. 700 chapters for that ending.
HIIIIIISSSSSSSSSSSSS…

While the ending may have been a long time coming, it drew its share of ridicule as well.

Naruto sits in a ramen cafe while ‘Don’t Stop Believing’ plays on the jukebox. Hinata joins him, their daughter is having trouble parking…

But endings are still causes for celebration, and many fans reacted with tears to the full-color final chapter, which paused to give us a glimpse of everyone from Gaara to cranky Kakashi and Iruka, still married after all these years. In this week’s issue of the One Piece manga, which like Naruto premiered in Shonen Jump in the late ’90s, author Eiichiro Oda paid visual tribute on the cover page to his series’ long-running sibling:

The cover page of this weeks One Piece chapter pays respects to #Naruto for its ending pic.twitter.com/iUMeP985QT

Above all, the ending of a cultural touchstone like Naruto is a time to be grateful for years of fandom. Here’s deviantARTist MangaXtreme, commenting on a jubilant piece of fanart created by deviantARTist poki-grzyb celebrating Naruto/Hinata becoming canon:

After all of the crap and mistakes Kishimoto made to the Naruto manga, when I read and saw that in the end Hinata and Naruto married and had children together with Naruto becoming the Seventh Hokage, all that can be said is: Kishimoto, all is forgiven.

But don’t be too forlorn, fans—rumors that the series will be returning with up to three new volumes are already starting to swirl. And there’s still the anime ending to come.

At this rate, we won’t be surprised if we’ll be following the epic adventures of Bolt and Salad well into the future.