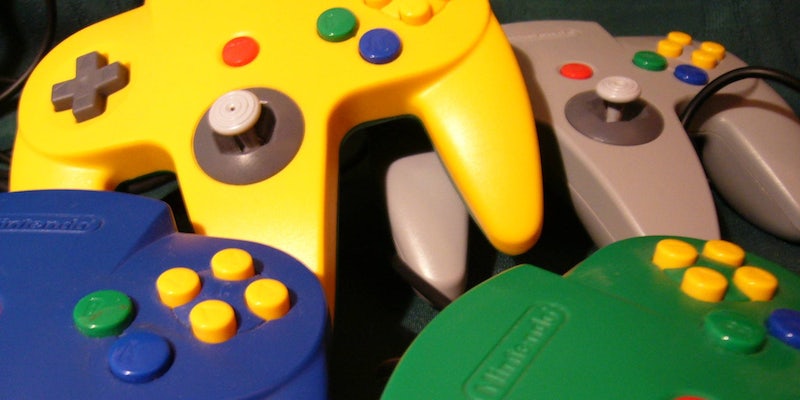 Here’s a N64 controller working on an Xbox One

Hyperkin has created a Nintendo 64 controller prototype that works on Xbox One.

Well, the dream fulfillers at Hyperkin have somehow made a Nintendo 64 controller work on an Xbox One.

We reached out to Chris Gallizzi from Hyperkin to ask him if this concept would ever reach the light of day, and he told us that it would need to be licensed by Microsoft. Considering the controller only has one analog stick, it’s pretty unlikely Microsoft would approve.