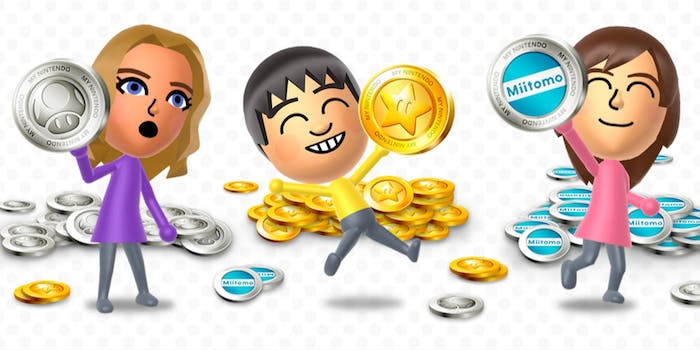 Nintendo has officially launched its My Nintendo rewards site, a replacement to Club Nintendo.

Nintendo ended its popular Club Nintendo rewards program last year with a promise that it would replace the program with something better, and now that new program is here—but My Nintendo feels more like a combination of a free-to-play mobile game and those sites that pay you to take online surveys.

When you log in, your Mii will pop up and Nintendo will give you 100 free points. It will then ask you to spend 50 of those points on a coin bank, getting you accustomed to acquiring and spending the virtual currency.

To earn points, you can complete missions like linking your Miitomo app to your Nintendo account, answering questions daily in said app, and making purchases in the Nintendo eShop.

Different actions earn you different kinds of “points.” Completing Miitomo tasks will net you Miitomo points, completing actions regarding your My Nintendo account will net you platinum points, and making eShop purchases will net you gold points.

You can redeem various rewards by combining different types of points. For example, a combination of Miitomo and Platinum points can get you an exclusive Legend of Zelda: Twilight Princess version of Picross for the Nintendo 3DS. 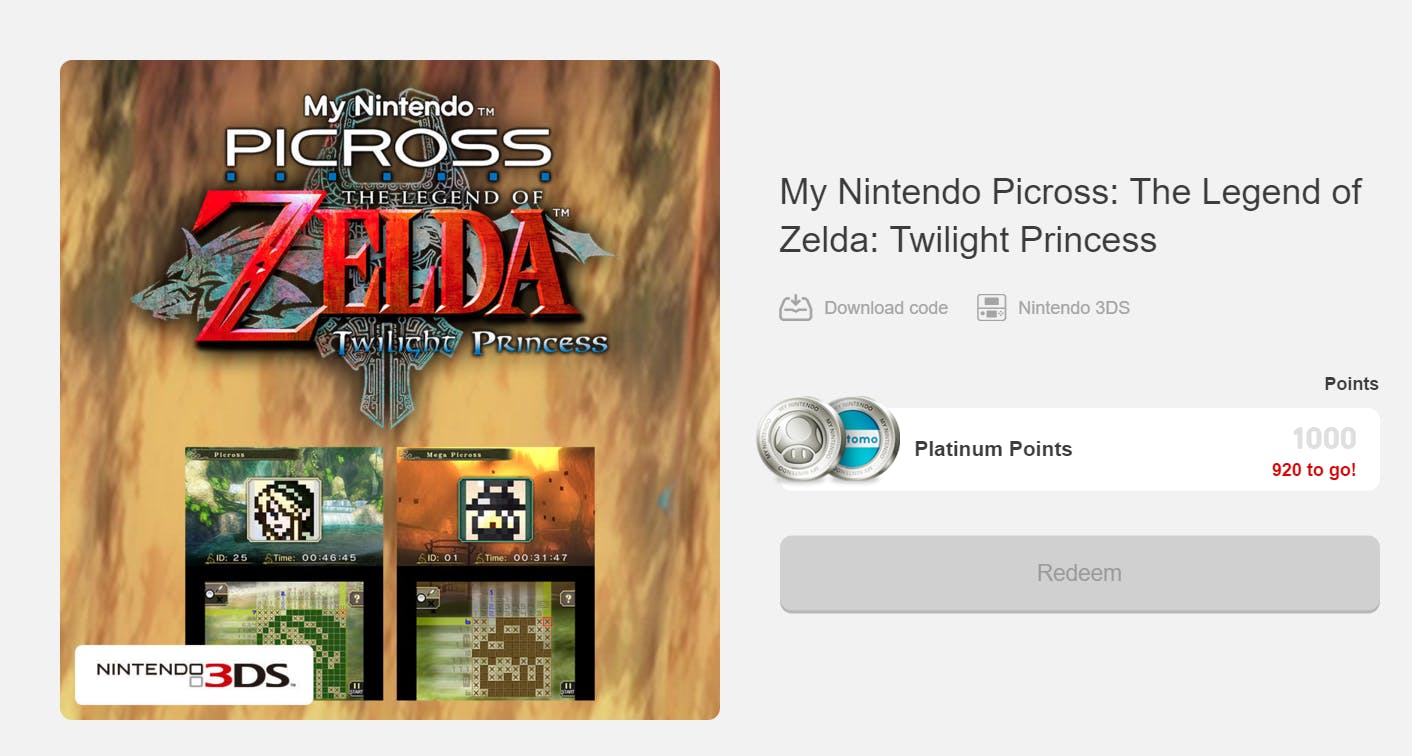 You can also redeem points for coupon codes to use in the eShop. Using Gold points instead of Miitomo and Platinum ones will net you a larger discount. 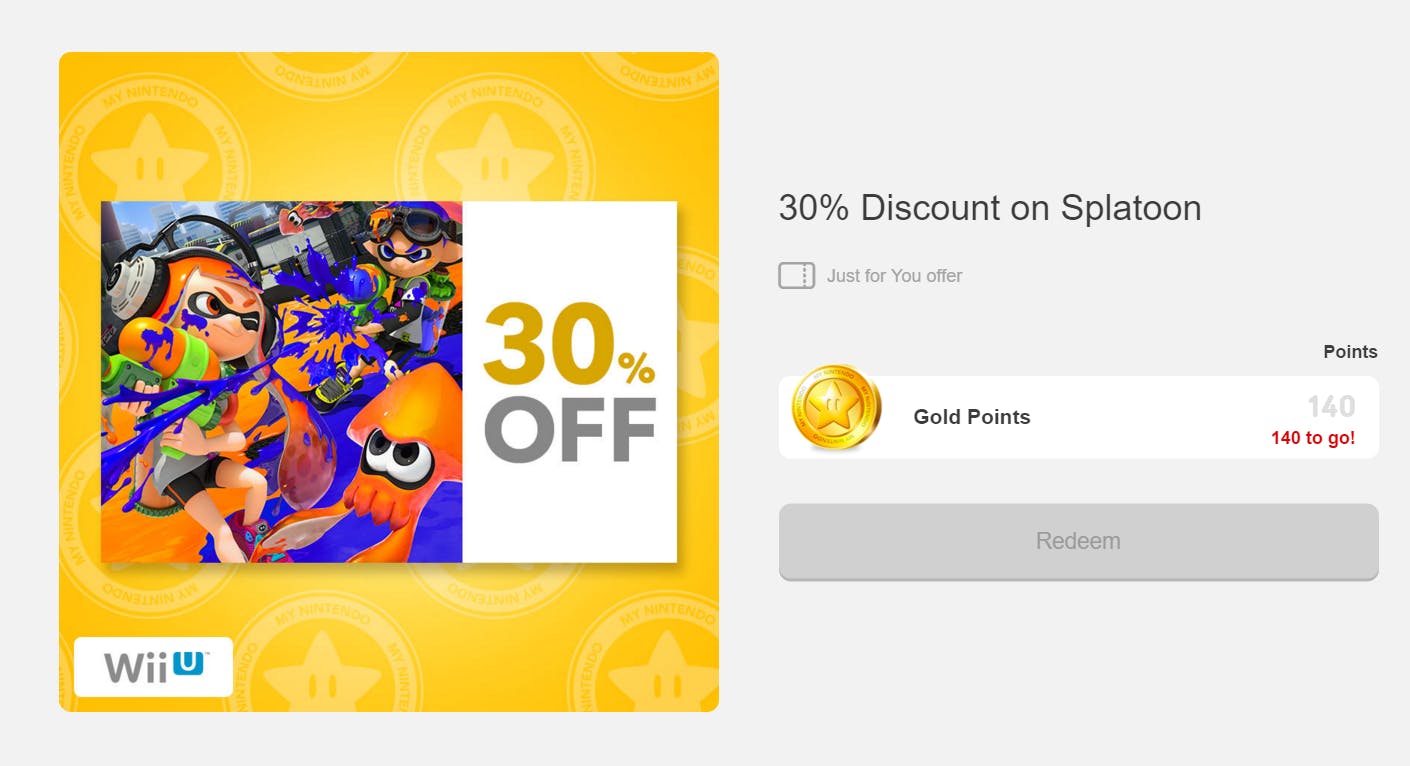 One of the coolest aspects of the now-defunct Club Nintendo was its physical rewards. Grabbing high-dollar rewards, from special Wii remotes to posters and paraphernalia, made you the envy of your fellow Nintendo fans. But some enterprising individuals found ways to game the system, earning a massive amount of points and likely jeopardizing the program’s future.

Sadly, My Nintendo rewards are all digital. It’s still not clear if Nintendo will ever offer physical rewards.

Nintendo hasn’t said yet whether physical game purchases will net fans any points. If not, that would be a major blow to fans who enjoy having a physical collection, but the move could be more advantageous for Nintendo as it can push digital sales to circumvent its retail partners.

As of now, My Nintendo is only available for desktop and mobile web browsers; Nintendo has not announced plans for a mobile app. But considering its new mobile push, we wouldn’t be surprised if an app is already in the pipeline.

Screengrab via My Nintendo