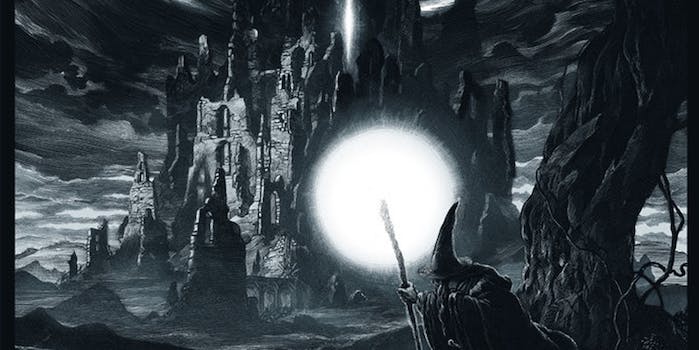 Mondo ends its ‘Lord of the Rings’ poster series in style

Mondo previewed the posters for The Hobbit exclusively through MTV on Monday, but they didn’t go on sale until Tuesday. Here’s Taylor’s The Hobbit: An Unexpected Journey. 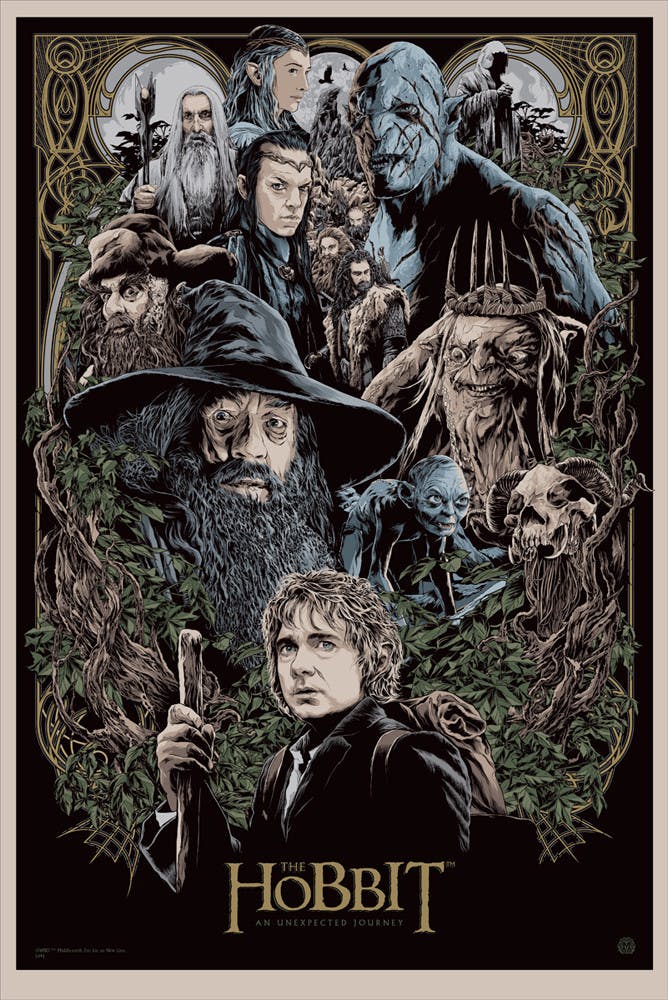 Illustration by Ken Taylor via Mondo

Delort’s two features, a limited edition print and a variant, reveal The Desolation of Smaug: 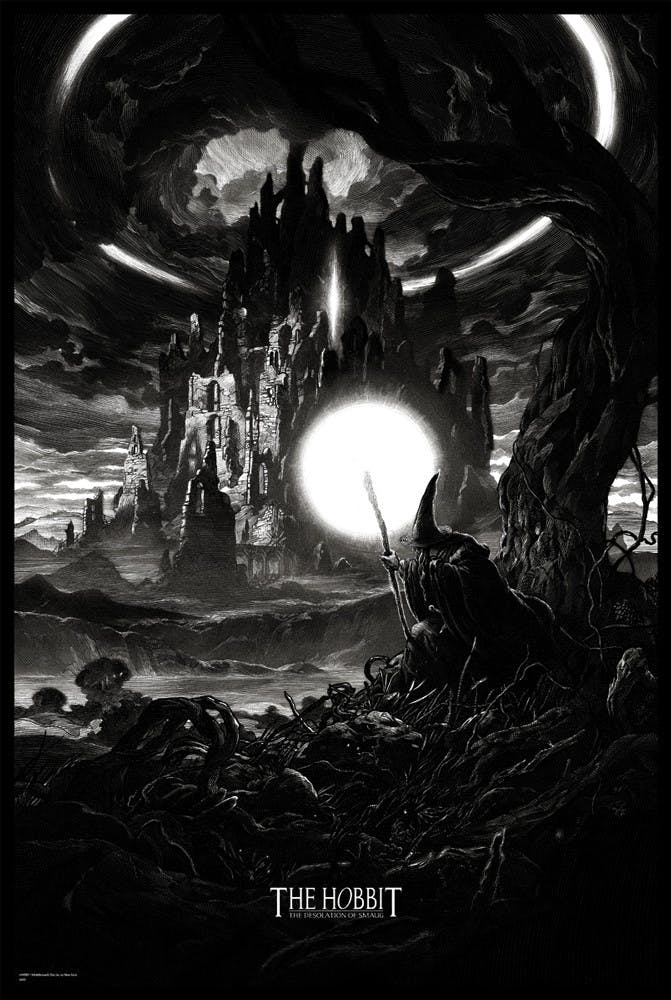 Illustration by Nicolas Delort via Mondo 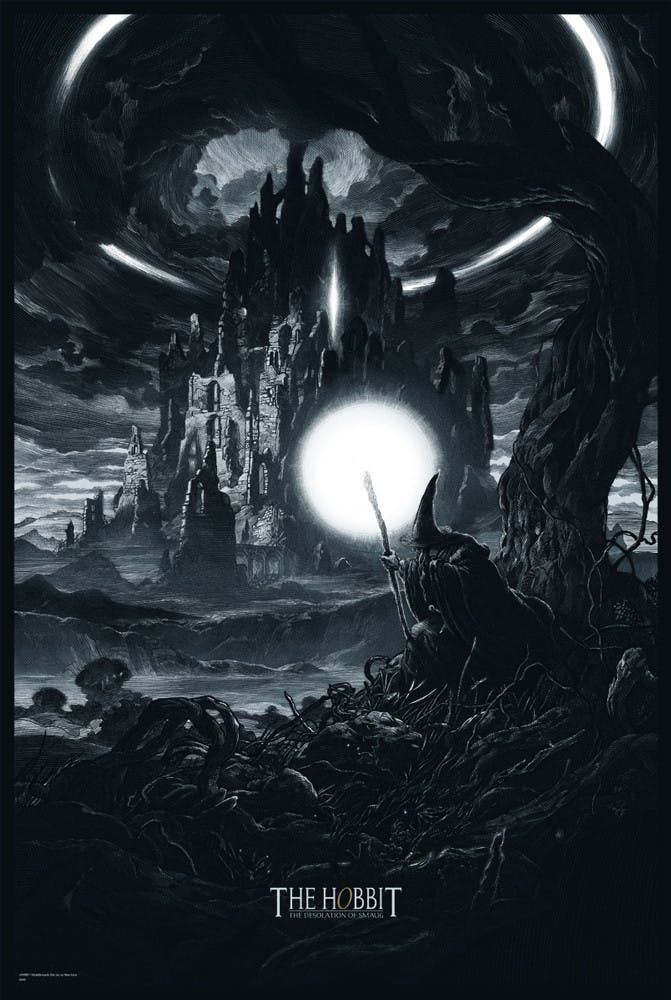 Illustration by Nicolas Delort via Mondo

For his Lord of the Rings artwork, Horkey started at the end and worked backward. His first poster, Return of the King, debuted at the Alamo Drafthouse in 2012. The Two Towers poster debuted in December of last year. The final poster, for The Fellowship of the Ring, premiered on Badass Digest yesterday. It’s a total knockout:

Illustration by Aaron Horkey via Mondo

And here’s the variant edition:

Illustration by Aaron Horkey via Mondo

Mondo’s posters yield more ravenous demand from fans than a tuna in a sharknado. As expected, all five of the limited-edition prints immediately sold out. But we can still enjoy them here, as we long for the halcyon fields of Middle Earth.